Summer Concert on the Green Returns to Tahoe Donner 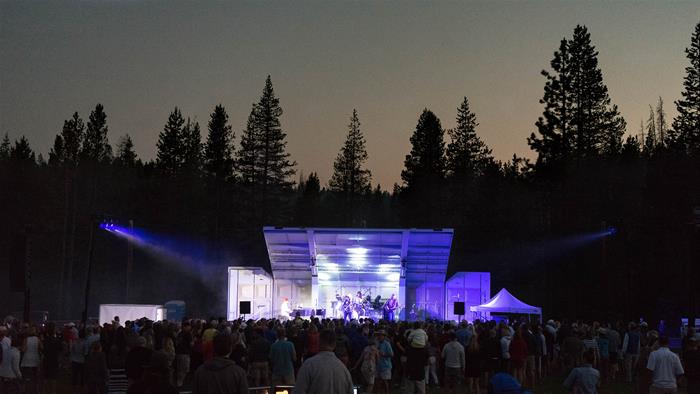 Tahoe Donner will kick off this July Fourth weekend by hosting its annual Summer Concert on the Green live music series featuring two nights of performances by today’s top tribute bands. Tickets are on sale and expected to sell out in advance.

Summer Concert on the Green is an all-ages event and will take place under the stars at the Tahoe Donner Driving Range, located adjacent to Trout Creek Recreation Center at 12790 Northwoods Blvd. located in Truckee, Calif. Concert attendees may bring their own picnics and low back lawn chairs. Morgan’s Lobster Shack & Fish Market of Truckee, Calif. will be serving food and beverages available for purchase on both days of the event.

Purchase tickets online for July 1: Joel the Band and The Rising

When purchasing online, consider a donation to the Tahoe Donner Giving Fund. Even a $1 donation can help fund a scholarship for a local graduate in need. For more information about Summer Concert on the Green, visit tahoedonner.com/summer-concert-on-the-green-2017.

Tahoe Donner is one of America’s largest homeowner’s associations, with nearly 6,500 properties and 25,000 members enjoying over 7,300 acres in the Sierra Nevada. Located 18 miles from Lake Tahoe in Truckee, California, Tahoe Donner operates a wide variety of recreational facilities, including an award-winning championship golf course, a family-friendly downhill ski area, and a renowned cross country ski area with a newly constructed, state-of-the-art base lodge—all of which are open to the public. In addition, Tahoe Donner operates several member-only facilities, such as a beach club marina, recreation center and pools. These amenities can be explored in detail at Tahoedonner.com.