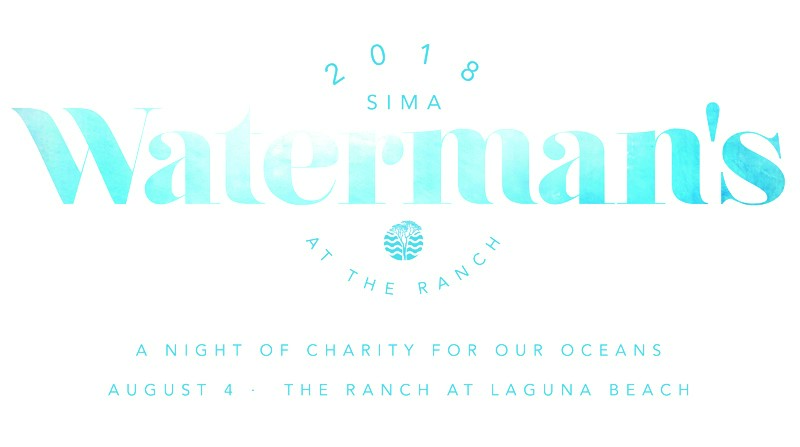 SIMA to Honor the WSL/Dirk and Natasha Ziff, Doug and Kris Tompkins, and Rabbit Bartholomew

The Surf Industry Manufacturers Association (SIMA) will honor the World Surf League (WSL) and co-owners Dirk and Natasha Ziff as Watermen of the Year; world-renowned conservationists and industry veterans the late Doug Tompkins (founder of The North Face) and his wife, Kris (former CEO of Patagonia), as Environmentalists of the Year; and former world champion and long-time president of the former Association of Surfing Professionals (ASP) Wayne Rabbit Bartholomew with the Lifetime Achievement Award.

The 29th Annual Waterman’s will be held Saturday, August 4, 2018, and return for the third consecutive year to The Ranch at Laguna Beach in Laguna Beach, Calif. The industry will gather under the stars at The Ranch to celebrate this year’s honorees, raise money through silent and live auctions, and enjoy a farm-to-table meal with friends – all in an effort to raise funds for 15 different ocean environment groups. In the past 28 years, Waterman’s has raised more than $7 million to support beneficiaries that are dedicated to protect oceans, beaches and waves for the benefit of surfers and the surf industry around the globe.

Surfing, as we know, is an act, a sport, an industry, a culture and a lifestyle that both inspires as well as attracts inspired people. Not all of them welcome the spotlight, but their contributions are nonetheless invaluable and reverberate globally across generations.

Six years ago, the then-ASP was purchased by a somewhat unknown entity, consolidating the sport's various mechanisms under one umbrella for the first time in its 40-year history. Uncertainty and curiosity permeated the surfing world and the organization was placed under many microscopes. Since then, the now-WSL has instituted seismic changes and created conditions of historic firsts for surfing - pay parity at the elite level; elevation of the Big Wave Tour; Pe'ahi, Nazare and Mavericks joining the big wave ranks; digital and social revolution of the surfing world; major media partnerships; unprecedented levels of broadcast delivery; barrier-breaking surfing across the globe and much more.

“Not only has the WSL leveled up the professional side of surfing, it has done so with purpose, intent and a plan for the organization to stand for something larger than sport itself - including a mind for ocean health through the WSL PURE program,” said SIMA President and Rip Curl CEO Kelly Gibson. “It's our great privilege that SIMA honor the WSL and Dirk and Natasha Ziff as the 2018 Watermen of the Year.”

SIMA’s 2018 Environmentalists of the Year are Doug and Kris Tompkins who are heralded in the environmental world for their unprecedented land protection. On Dec. 8, 2015, the world lost one of its most ambitious conservationists when Doug died following a kayaking accident on Chile's Lago General Carrera. During 25 years of tenacious activism, Doug and Kris, together with Tompkins Conservation’s key partners, have helped create a dozen new national parks and other protected areas in Chile and Argentina, in total securing more than 13 million acres. These protected areas include miles of coastline and several known surf breaks, and it's likely more are yet to be discovered.
Since Doug's death, Kris has been working full-time to accelerate their life's work saving wildlands and wildlife. Doug was a passionate outdoorsman who loved to surf and is the founder of The North Face as well as the co-founder of apparel brand Espirit. Kris is the former CEO of Patagonia and remains involved with the brand today.

“The passion that Doug and Kris have for protecting our world’s wild spaces and coasts is unmatched,” said Paul Naude, SIMA Environmental Fund President and CEO of Vissla. “We live in an age where the protection of cherished wild and open space is not as highly valued as it should be, especially along the coast. Doug and Kris have made it their life’s work to not just talk about the importance of preserving our wild lands and coasts, but they have led by example. SIMA is truly honored to recognize Doug and Kris with the 2018 SIMA Environmentalists of the Year award.

”From master of Kirra to self-made world champion to tube riding pioneer to president of the ASP, few people have contributed more to the sport of surfing than Wayne Rabbit Bartholomew, making him an easy choice for the 2018 SIMA Lifetime Achievement Award. Rabbit burst onto the international pro surfing scene in the winter of 1975 and that winter, along with Shaun Tomson, Mark Richards, Ian Cairns, and Peter Townend “busted down the doors” of surfing on Hawaii’s North Shore. By 1978, his tactics, confidence and flair made him a top-rate competitor for professionalism's first decade and he was crowned world champion in 1978. In the mid-90s, Rabbit turned his attention to being a global ambassador for pro surfing, running contests, and being an environmental crusader.

But perhaps Rabbit’s most important contribution to the sport was his service as President of ASP International from 1999 through 2008. Under his leadership, the world tour abandoned staging events in big cities with poor surf, to putting the world's best surfers in the world's best waves – what became known as the "Dream Tour." It was only fitting that the man who brought fun, vision, panache, and style would be the driving force behind taking pro surfing to the next level.

“The sport of surfing owes so much to Rabbit,” said Naude. “He was such a great student of competitive surfing during his day and he combined that with an incredible sense of style and personality. When Rabbit retired from competition, he brought all his talents and energy to the pro tour and his contributions are still evident today.”

Waterman’s benefits the SIMA Environmental Fund, a 501(c)(3) charitable foundation that awards grants to various environmental groups based on their dedication to preserving and protecting the world’s oceans, beaches and waves. Waterman’s attracts more than 500 people annually and is expected to raise more than $250,000 for 15 ocean conservation groups this year. A list of the 2018 Waterman’s environmental beneficiaries can be found at http://sima.com/watermans-beneficiaries.
Sponsorship packages for the 2018 Waterman’s are on sale now at www.sima.com/watermans. Individual tickets for Waterman’s are scheduled to go on sale in early May.