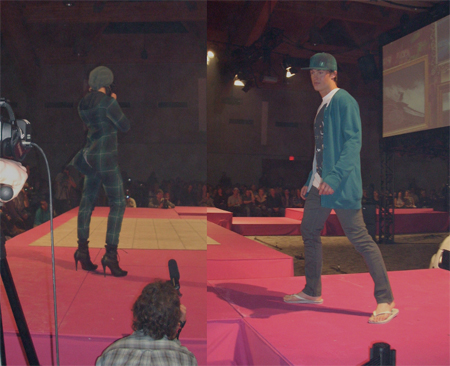 Sitka finished off their first appearance at the Telus Ski and Snowboard Festival with ten outfits in the official fashion show.  They offered onlookers a sneak peak of their upcoming Fall 2009 line, which includes new cuts and fabrics not previously offered by the company.  Organic cotton runs throughout the whole line, while bamboo and custom flannel also make an appearance.

The fashion show capped off a week of art installations by Ben Frey and Chili Thom at the State of the Art Exhibit where Sitka showed off some surf and skateboard art.  For all of the details and pictures, head to www.sitkasurfboards.com/news.