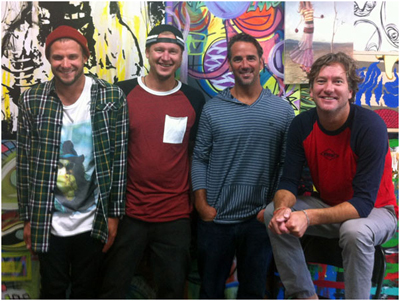 It is Andy Crane's pleasure to announce that he has hired ERGO as his employer.  His clothing industry experience is chunky enough for a professional football player to endorse, his expertise is foxlike.  Andrew will be sailing overseas at ERGO.  Or was it seeing over sales?  ERGO does not have a sailboat, so it's likely the latter of the two, but keep an eye out at your local harbor just in case.

"We are psyched that Andy chose ERGO as an employer to pursue a career as National Sales Manager,"  stated ERGO team rider, Albee Layer.  " I heard that guy is super rad and knows his shit."