From Liftie To COO – Ed Youmans Returns To Mountain Creek 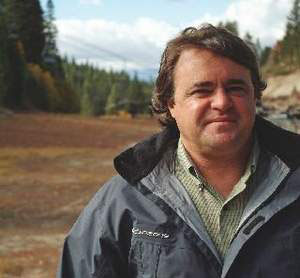 Youmans, a New Jersey native, grew up learning to ski at Vernon Valley/Great Gorge and it wasn’t long before he sought employment at the resort as a way to help facilitate his love affair with winter sports. Far from the stereotypical ski bum, Youmans advanced up the ranks from a lift operator position in 1984, eventually becoming Mountain Operations Manager, prior to leaving for an executive position with Diamond Peak in 1995.

Youmans’ return to Mountain Creek is also a re-pairing of sorts for himself and Bill Benneyan, to whom he reported when Benneyan was General Manager at Vernon Valley/Great Gorge in 1994. Benneyan, who became the Chief Marketing Officer for Crystal Springs and Mountain Creek in 2010, will be working hand-in-hand with Youmans as the two oversee the resorts development into one of the most modern, full-service alpine adventure faculties on the east coast.

“I couldn’t be happier to have Ed coming back to Mountain Creek as a peer. His work rehabilitating Diamond Peak is well known in the industry and with the new capital we’re investing in this resort, I couldn’t think of a better guy to guide us through some amazing years of growth,” commented Benneyan.

Youmans joining Mountain Creek comes at an ideal time to oversee a 360 degree revamp of the resort. After the successful merger of Mountain Creek by Crystal Springs Resort in May of 2010, more than $40 million dollars has been invested to improve the resorts infrastructure, including the largest snow tubing center in the country and the world-class, 55,000 square foot Red Tail Lodge. Combined together, Crystal Springs and Mountain Creek now offer 4-season world-class amenities including seven award-winning golf courses, two top-ranked spas, abundant lodging, a globally-renowned 120,000 bottle wine cellar, the Mountain Creek Waterpark and Diablo Freeride mountain bike park.