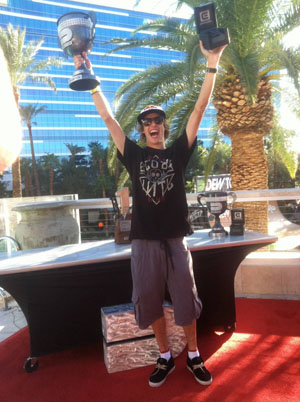 Winning the overall Dew Cup was one of Ryan’s main goals for 2011.

Coming into the Dew Tour Championships, Ryan knew he needed to place first in order to win the overall Dew Cup. Ryan showed up in Vegas ready to take care of business, securing not just first place, but the overall Dew Cup for Skate Street as well.

Arnette could not be any happier for Ryan and this is a great way to end the year.