B$Z: 686 and Bern Unlimited Release Limited Collaboration on Helmets for the 2012-2013 Season 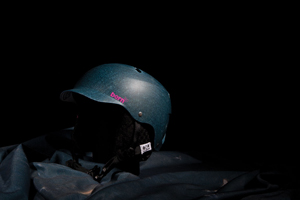 Bern is proud to announce a one-time special 20 year anniversary project with 686 that merchandises with their 2012-2013 outerwear collection.

Limited addition Hydra graphic based Watts and Lenox models with a real denim look will be available next season and debut at the SIA trade show in Denver this January.  These limited edition pieces will be available through 686 and their direct and distribution networks.

“We are beyond honored to work with Mike West and 686,” says Dennis Leedom, Bern’s founder and CEO.  “They have pioneered true collaborations in the action sports industry with leading brands and it really is cool to see Bern get in the mix.”

686 President and Creative Director, Mike West, says, “For our 20th anniversary collection, we wanted to work with companies with the same high standard of quality, innovation and unique design that we’ve come to be known for.  Bern fits that mold perfectly and we’re more than pleased with the project.”