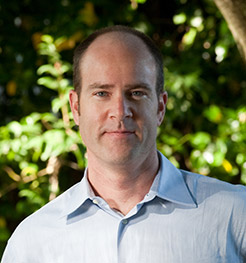 Michael Brune, a respected leader whose strategic vision and hard-charging charm have driven a number of important environmental victories, has been named executive director of the Sierra Club, the nation’s oldest, largest and most influential grassroots environmental organization.

Brune, 38, takes leadership as the club, founded in 1892 by iconic conservationist John Muir, plunges headlong into the most important environmental battle of the 21st century, notching up dramatic successes against greenhouse gas-polluters and helping create the clean energy future that is the best defense against potentially catastrophic climate disruption. Michael Brune

Brune’s alignment with this ambitious mission is reflected in his critically acclaimed book, "Coming Clean – Breaking America’s Addiction to Oil and Coal". Published by Sierra Club Books in 2008, the volume details a plan for a new green economy that will create well-paying jobs, promote environmental justice and bolster national security.

"The grassroots volunteers and staff of the Sierra Club have won some of the country’s most significant environmental battles" said Brune. "I believe the Sierra Club’s best work lies ahead, and I’m excited to be a part of it."

Allison Chin, president of the organization’s board of directors, said: "We look forward to the innovative thinking and inspired leadership Michael brings to the Sierra Club at a pivotal moment. The board was particularly impressed by Michael’s credentials working with volunteers and his proven talent for bending the will of powerful adversaries without breaking the bonds of civility that keep them at the table."

Brune holds degrees in Economics and Finance from West Chester University in Pennsylvania, and comes to the Sierra Club from the Rainforest Action Network, where in his seven years as executive director he earned a reputation for using bold but respectful confrontation to encourage corporate responsibility. At age 26, he led a historic consumer-education campaign that ultimately persuaded Home Depot to stop selling wood from endangered forests. Time magazine called that victory "the top environmental story of 1999." Under Brune’s leadership, Rainforest Action Network went on to win more than a dozen other key commitments from America's largest corporations, including Citi, Goldman Sachs, Bank of America, Kinko’s, Boise, and Lowe’s.

Like most Sierra Club activists, Brune has his roots in the outdoors. He learned to walk at a campground in Maine, and says he grasped the importance of protecting the natural world as a teenager, when hypodermic needles and chemical pollution washed up on the shore near his New Jersey home, closing beaches and keeping him from the waves he’d grown up body surfing. He and his wife, Mary, attribute their ongoing passion for environmental activism in part to concern that their outdoors-loving children, Olivia, five and Sebastian, one, inherit a healthy world. He is particularly interested in promoting programs that link the Club’s traditional protection of wild places, including National Parks, to urgently needed climate change solutions.

As the Sierra Club’s 6th executive director, Brune assumes a position formerly held by such legendary environmentalists as David Brower and Michael McCloskey. He succeeds Carl Pope, who, since taking leadership of the Club in 1992, has steadily increased its political clout and intellectual heft while building an influential base of more than 1.4 million members and supporters in all 50 states. Pope will maintain his 37-year tenure with the Club in the role of executive chairman, continuing to help shape Club strategy and collaborating with Brune, Chin and chapter leaders to connect the Club with policy makers, the media, other non-profits and donors.

"I am thrilled that someone with Mike’s leadership, passion and creativity is taking up the torch to lead the Sierra Club as it faces the next generation of environmental challenges. The Club is fortunate to have him as our next leader," said Carl Pope.

"I am humbled and inspired to follow Carl Pope in this position," said Brune. "In no small measure because of Carl, the Sierra Club, with its extraordinary history of success and commitment to grassroots-driven programs that promote positive and pragmatic solutions, is uniquely positioned to lead our country to the clean energy future it needs and deserves."

For a full biography, photos, blog and video links and other press information, please go to: www.sierraclub.org/ed