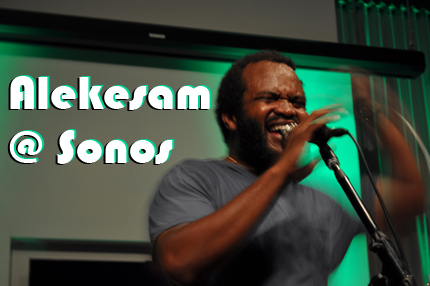 On the heels of the recently released debut album, The Sound of Alekesam, the Sonos Studio in Los Angeles hosted a Film Screening of Alekesam (a film that details Selema 'Sal' Masekela's return to his musical roots through a reconnection with his father), as well as a Q+A with Sal Masekela and KCRW DJ Chris Douridas before ending with a live performance from Sal's band Alekesam. The standing-room-only event took place on Wednesday night, August 22, from 7:00-10:00 PM and featured guest appearances by Fergie + Josh Duhamel and actor Jesse Williams.

Click the image above for more info on the event and for tons of photos from the night, or click here.