B$Z: A New Wetsuit is Being Developed to Deter Sharks

A New Wetsuit is Being Developed to Deter Sharks
By Beau Pearson, ABC News Australia

A number of wetsuits are being developed by researchers which they hope will make surfers unattractive to sharks.

A research team from the University of Western Australia and University of Queensland has found that sharks are highly visual animals but are probably colour blind.

It has found the animals see colours in shades of grey.

"Sharks are highly visual animals but the world they see lacks colour and will appear as shades of grey like we see when we watch a black and white movie," he said.

"It may be possible to use this knowledge to change the way a shark reacts to certain objects.

"It may also lead to better design of equipment such as wetsuits and surfboards that reduce the risk of shark attack."

The need is urgent after five fatal shark attacks in WA in less than a year.

UWA's Professor Shaun Collin says they plan to create a wetsuit, using particular patterns, that would make the wearer look unappealing to sharks.

"It makes the wearer appear obnoxious, poisonous or unattractive to the shark, somewhat like a sea snake," said.

"Some species do not typically target these types of patterns on other animals."

The team is also investigating another method to prevent attacks from White Pointers, the breed believed to be responsible for the majority of attacks off the West Australian coast.

Professor Collin says they're working on a wetsuit that would make the wearer look less like a seal, the species' favourite food.

"White pointers generally attack from below so with a lighter background some of their food sources, such as seals, cast a very distinct and high contrast silhouette," he said. 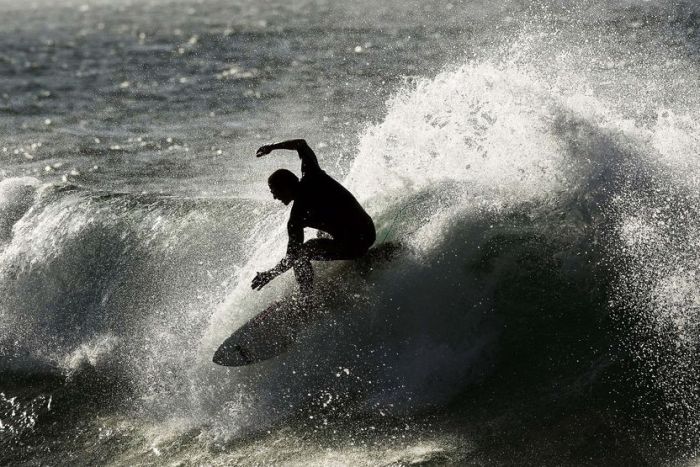 The owner of Dunsborough's Yahoo Surfboard Company, Mark Hills, says there would definitely be a demand for the prototype suit.

The 46-year-old is a surfer himself and has been for 38 years.

"Every surfer has a wetsuit so if it's a situation that it's striped or coloured in such a fashion that it's a preventative against sharks, then I can guarantee you every surfer will be wanting to buy one," he said.

Mr Hills says he's heard of a number of products that have either been trialled or retailed to protect beach goers.

"A Hawaiian-based company that is tied up in dive and surf made a dive suit that stops a shark being able to hear your heartbeat so immediately you become invisible.

"35 per cent of a shark's head is dedicated to being able to hear your heart."

He says there have also been stories of surfers drawing sets of eyes on their boards in an attempt to scare off a potential predator.

And, a range of electronic devices have been retailed in Australia, including a small device that can be attached to a surfboard leash and sends out an electric pulse.

Its maker claims that pulse short-circuits the gel in a shark's nose and deters those within a six metre range.

Mr Hills says despite the growing market for shark deterrents, there's still an element of luck about being attacked.

"I still haven't seen a shark in the water but the one that will get you is the one you can't see," he said.

The fatal attacks and a rise in shark sightings have prompted the State Government to announce a shark mitigation strategy.

It believes the answer to preventing further fatal attacks off WA's coastline is by allowing the Department of Fisheries to kill sharks that come too close to popular beaches.

The Fisheries Minister, Norman Moore, says $2 million of the $6.8 million strategy will be spent tracking Great Whites and setting drum lines to kill the animals that pose an immediate threat.

"We'll be looking at things like where is the shark located, which direction is it headed, what is its location in respect to a popular beach, are there any people in the water, what sort of a shark is it, is it very big, is it likely to [pose] a threat to human life?" he said.

Professor Collin says it is good the Government is attempting to address the problem, but the research team believes it is taking the wrong approach.

"The idea of deterring sharks is really where we would like to put all of our energies and believe that's where it should be, rather than culling or killing sharks who are coming to close into shore," he said.

"It's very difficult to identify a particular shark, whether it's before or after an attack.

"They all look very similar from the surface."

Surfers and divers will be hoping that both strategies reduce the risk of a shark attack when they get in the water this summer.