SURF: The Coldwater Classic Returns to Santa Cruz as the ASP World Tour Heads to the Lane 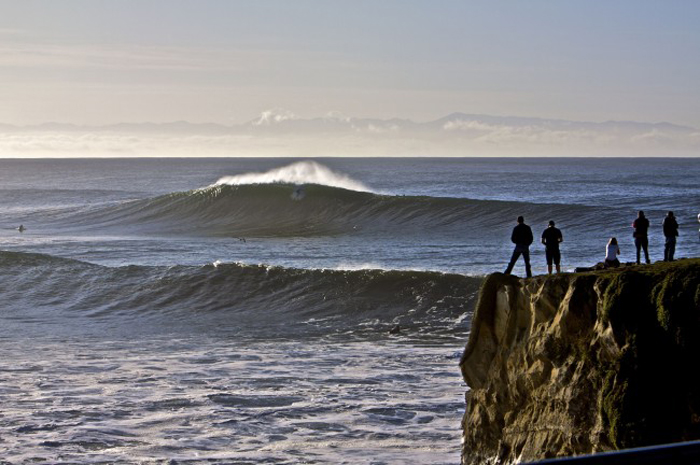 The 2012 O’Neill Coldwater Classic will return to Steamer Lane in Santa Cruz, Calif. as an Association of Surfing Professionals (ASP) World Championship Tour (WCT) event November 1-11.  The world’s best surfers will travel to Northern California for the second to last stop on the 2012 ASP WCT, which may well determine the 2012 World Champion.

After the last event in France, which wrapped up last week, Australian Joel Parkinson took over the frontrunner position on the 2012 ASP WCT ratings. As stop number nine of 10 on the Tour, the O’Neill Coldwater Classic will prove pivotal in the final standings, and with a win at the 2000 O’Neill Coldwater Classic, Parkinson has established his abilities at Steamer Lane before.

“I’ve been to Santa Cruz once when I was 18 years old, but not for 12 years. It has been a long time,” Parkinson said. “I really enjoyed my time. I won when I was there, so it would be nice to go two for two. All the right points I feel comfortable at.  I can’t wait for it. It suits my surfing.”

With a long and rich history, the O’Neill Coldwater Classic at Steamer Lane is known for producing powerful and consistent conditions in a classic Northern California setting.  Originating in 1987, the event has taken on various incarnations over the past three decades.  It was once an ASP WCT event (prior to the ASP creating a two-tier system), but for the past few years, it has run as an ASP Star or Prime event.  With this year’s upgrade to the highest echelon of professional surfing, it will not only bring the top caliber of talent to Steamer Lane, but a lofty $425,000 prize purse as well.

“We’re very happy to confirm the 2012 O’Neill Coldwater Classic Santa Cruz as an ASP World Title event,” said Renato Hickel, ASP World Tour Manager. “Santa Cruz offers a variety of world-class waves for our surfers to perform on and we’re hopeful that conditions will deliver for the world’s best to do battle in.”

The event’s upgrade coincides with O’Neill’s 60th anniversary.  The globally recognized lifestyle brand, founded in 1952 by Jack O’Neill, revolutionized modern day surfing with the invention of the first wetsuit allowing surfers to spend more time in the cold waters of Northern California.

“We are excited to see a World Tour level event return to Santa Cruz as part of O’Neill’s 60 year anniversary,” said Pat O’Neill, President & CEO of O’Neill Wetsuits. “Santa Cruz, with its rich surf history and tradition, is the perfect venue for this pivotal event. Mainland surfing started in Santa Cruz, Jack O’Neill developed many pioneering surf inventions here and it’s been home to the O’Neill brand for over half a century. Santa Cruz has always been regarded as a true surf community and was named the number one surf town in the U.S. by Surfer magazine. With a World Tour event in 2012 and the possibility of the World Champion being crowned, we expect to see an exciting chapter in surfing history written right in our front yard.” 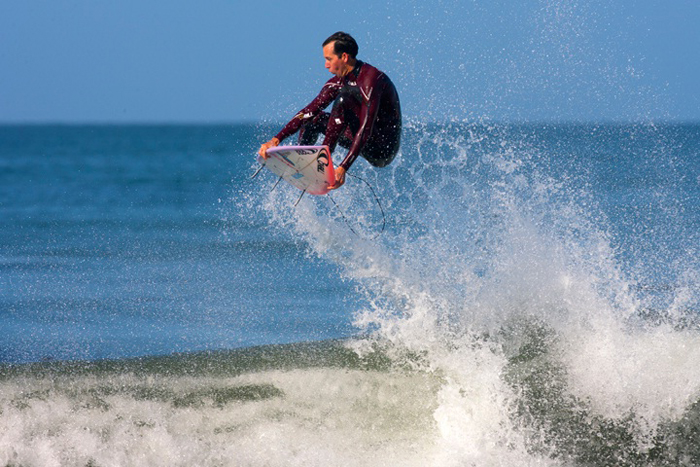 SANTA CRUZ, Calif., Oct. 26, 2012 – O’Neill announced it has awarded one of its two wildcards to local Santa Cruz standout Jason “Ratboy” Collins, and will host a trial beginning at 8 am on October 31 to select the second and final wildcard for the 2012 O’Neill Coldwater Classic. Both wildcards will meet the world’s best surfers in the Association of Surfing Professionals (ASP) World Championship Tour (WCT) event, November 1-11, at Santa Cruz’s Steamer Lane. A press conference with top ASP WCT surfers Kelly Slater, Joel Parkinson, John John Florence and Mick Fanning will be held at 11 am on October 31 during a break in the trial.

“I’m super excited to get the wildcard.  I knew there were a few people up for it,” said Collins.  “It’s pretty cool for a local to get the opportunity to go out and surf against talent like Slater and Parko, guys you’ve looked up to.  It’s also cool to see the event get upgraded, like it used to be.  We used to get guys like Martin Potter, Tom Curren, everybody would come up here.  But it’s been quite a few years.”

Over the years, locals have played a major role in the O’Neill Coldwater Classic legacy, most notably in 2008 when Nat Young clinched the title at just 17 years of age. Young will be one of the favorites hoping to qualify through the trial to compete amongst the Elite 34 and show his prowess at “The Lane”.

“It's pretty crazy to have a World Tour event at The Lane. Not only the fact that it's a ‘CT, but also the fact that there is a good possibility someone could be crowned World Champ here! I'm really excited to see the whole set up and the difference from the past few years,” said Young.  “I'm excited to see guys like Kelly Slater, Mick Fanning, Taj Burrow, and Joel Parkinson surf The Lane. I have never seen them surf out here and it will be exciting to see what they do.”

The world’s best surfers will return to the O’Neill Coldwater Classic from November 1 – 11, 2012. Stay tuned to www.oneill.com/cwc for more information and start the conversation with #oneillcwc.

At 11 am on Wed. Oct. 31, the local trial will go on hold briefly for a press conference with top ranked World Tour competitors including current No. 1 Joel Parkinson, 11-time World Champion Kelly Slater, John John Florence and Mick Fanning.

About O’Neill
O’Neill, the original California surf, snow and lifestyle brand, was founded in 1952 when a young man named Jack O’Neill took his unstoppable passion for surfing and used it to battle Mother Nature. Jack’s initial vision of producing functional and innovative board riding products continues to lie at the core of everything the company does. From the first neoprene surf wetsuit and board leash to the world’s first stitchless board shorts. O’Neill will always be committed to growing its reputation as one of the world’s leading youth lifestyle brands based on being the First Name in the Water

With a long and rich history, the O'Neill Coldwater Classic at Steamer Lane is known for producing powerful and consistent conditions in a classic Northern California setting. Originating in 1987, the event has taken on various incarnations over the past three decades. This year it has upgraded to an ASP WCT event in celebration of O'Neill's 60th anniversary. As the second to the last stop on the World Tour, it will not only bring the best of the best to Steamer Lane, but a lofty $425,000 prize purse as well. O'Neill, founded in 1952 by Jack O'Neill, is known the world over for revolutionizing modern day surfing with the invention of the first wetsuit and many other innovations.