PARK CITY, UT — The U.S. Ski and Snowboard Association (USSA) today named Helly Hansen as the official baselayer of the U.S. Alpine Ski Team. The team’s 48 athletes will wear Helly Hansen’s baselayers during competitions beginning this week at the Audi Birds of Prey World Cup event at Beaver Creek, CO, through the end of the 2016 season.

The USSA chose Oslo-based Helly Hansen due to the company’s shared commitment to performance, innovation and style. U.S. Ski Team athletes will wear HH Dry, HH Dry Revolution and HH Warm baselayers during more than 75 World Cup races in 12 countries over the course of each season.

Helly Hansen introduced the world’s first technical base layers in the early 1970s featuring its exclusive LIFA® technology. LIFA is a hydrophobic fiber that inherently stays dry on the inside by pulling excess moisture away from the skin unlike wicking wool and polyester alternatives. Today Helly Hansen is the world’s top selling baselayer brand.

USSA is a performance-based organization with a vision of being the best in the world. Its athletes achieved this at the Olympic Winter Games in Vancouver with 21 medals. The product the athletes wear directly contributes to their results.

Performance focused companies like Helly Hansen are important partners for our Team,” said USSA Chief Marketing Officer, Michael Jaquet. "We always look for good fits with our sponsors and suppliers and we have that with Helly Hansen." 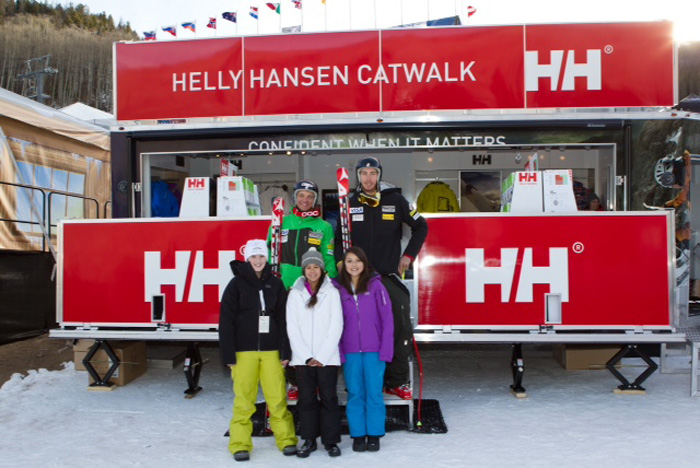 ABOUT HELLY HANSEN
Founded in Moss, Norway, in 1877, Helly Hansen continues to protect and enable professionals making their living on oceans and mountains around the world. Their apparel, developed through a blend of Scandinavian design and insights drawn from living in some of the harshest environments on earth, helps provide the confidence professionals need to step out into the elements and complete their jobs. The company invented the first supple, waterproof fabrics more than 130 years ago, created the first fleece fabrics in the 1960s and introduced the first technical baselayers made with LIFA® Stay Dry Technology in the 1970s. Today, Helly Hansen is the official uniform partner for more than 60 ski resorts and mountain guiding operations and has outfitted more than 33,000 mountain professionals. The brand's outerwear, baselayers, sportswear and footwear for winter, outdoor and water sports are sold in more than 40 countries. To learn more about Helly Hansen's latest collections, visit www.hellyhansen.com.

ABOUT THE USSA
The U.S. Ski and Snowboard Association (USSA) is the national governing body of Olympic skiing and snowboarding. Developed to facilitate participation in national and international competition, the Olympic sports organization provides structure for competitive skiing and snowboarding. From grassroots programs to governance of sport, management of rules, competitions and athletic rankings, the USSA oversees athletic pipelines for development in the sports. With a vision to make the USA the best in the world in Olympic skiing and snowboarding, the USSA provides leadership and direction for tens of thousands of young skiers and snowboarders who share an Olympic dream while maintaining a strong adherence to core values. The USSA, established in 1905, operates out of the national training and education facility, the Center of Excellence, in Park City, UT. For more information, visit www.ussa.org.