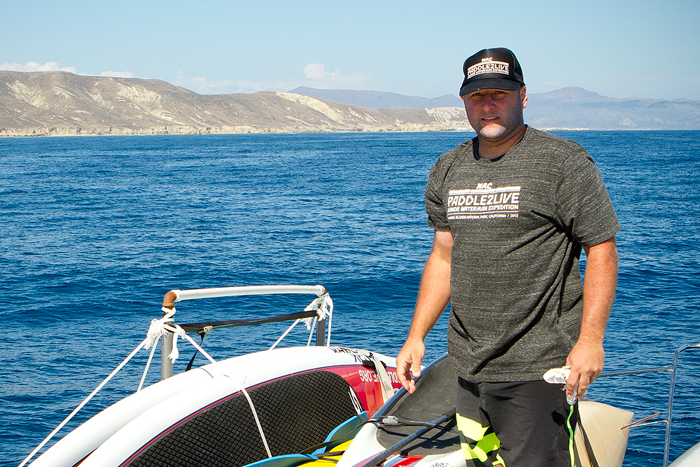 SAN CLEMENTE, Calif. (Nov. 28, 2012) — SURFER Magazine is proud to announce Paddle2Live as the 2012 SURFER Poll “Agent of Change” award recipient and beneficiary of VIP table sales. The award will be presented on Dec. 6, 2012, at the 42nd annual event honoring surfing’s top athletes, films, and performances. Fans can tune in to the show in its entirety via the webcast at SurferPoll.com, which will air live on Dec. 6 from Turtle Bay on the North Shore during the Vans Triple Crown of Surfing.

The Agent of Change award recognizes an individual or organization making a difference for the betterment of the surfing community. Jack Shimko and Paddle2Live will join the ranks of Dave Rastovich who received the first-ever award in 2008 for his work with Surfers for Cetaceans, Dr. Dave Jenkins in 2009 for his work with SurfAid International, the Mauli Ola Foundation in 2010, and Operation Amped in 2011.

Paddle2Live is an adventure-based organization that uses sport to better the world, promote health and fitness, and educate young individuals to lead healthy, active, and adventurous lives. Jack Marshall Shimko, Newport Beach native and founder of Paddle2Live, was diagnosed with cancer three years ago on his 29th birthday. He chose to fight his cancer with his favorite sport of paddle boarding, to date paddling thousands of miles in the open ocean in order to raise awareness and funds for other foundations such as Livestrong, UCLA's Jonsson Comprehensive Cancer Center, the John Wayne Cancer Foundation and the Newport Beach Aquatic Center.

"SURFER Magazine chose Paddle2Live as this year's Agent of Change recipient because of their dedication and hard work. Our hope is that others will rise to the challenge to give back as well," says SURFER Publisher Tony Perez. "P2L Founder Jack Shimko has inspired us all, reminding us that the ocean cures, and that we should not only be thankful for our connection to it, but also encourage others—regardless of the challenges they may face—to jump in. Thank you P2L and all those involved."

The 42nd annual SURFER Poll Awards will take place Dec. 6, 2012, at the Turtle Bay Resort on the North Shore of Oahu, Hawaii, prior to the final event of the Triple Crown of Surfing.  Attendance is by invitation only, but the event will stream live to the world at SurferPoll.com beginning at 7 pm HST (9 pm PST, 12 am EST).

Media are invited to attend and cover the event.  To request admittance, please complete and return this credential request form.