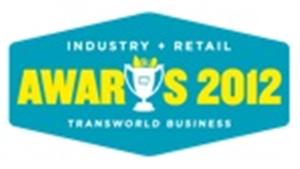 PARK CITY, Utah – For the fourth consecutive year, Dogfunk.com has clinched the honorary title of TransWorld Business’ Online Retailer of the Year for 2012. With the honor, Dogfunk extends big high-fives, fist bumps, and a thank you to the action sports industry executives, vendor partners, and industry comrades who voted to keep the online shop on top of the podium.

In its Winter 2013 issue, TransWorld Business announced the winners of its Industry & Retail Awards – which included several categories to recognize the industry’s most leading and innovative brands, sales reps, retailers, and products. In the selection process, hundreds of industry insiders weighed in on the retail partners who showed the strongest performance in 2012 while helping support specialty retail and the continued success and growth of the industry as a whole.

“Our Dogfunk team is extremely honored to receive this award for the fourth time around, and hope to keep the trend going for 2013,” said Karen Craig, General Merchandise Manager at Dogfunk.com. “Thanks to everyone for the ongoing support. Cheers to a better season ahead!”

Established in 2009, the TransWorld Business Industry & Retail Awards were created to recognize and honor those who are instrumental at driving business in the action sports industry by creatively building demand, creating amazing products, and growing a foundation for the future of the category.

The winners were selected using the results of more than a month-long survey conducted in two parts: VIP and People’s Choice. VIP votes were by invite only to key industry executives and shop owners and weighed in at 70-percent of the final results. The People’s Choice nominations were conducted on Twsbiz.com and were weighted at 30 percent. The voting process is democratic and conducted in a similar manner to our national elections; think of the VIP votes as the Electoral College and the People’s Choice as the popular vote. Votes were rigorously controlled to ensure that only one vote was cast per person. Thousands of responses were received and hundreds of votes were cast.

“Dogfunk always focuses on the customer experience,” said Craig. “The bottomline is that we want them to be stoked so they keep coming back.”