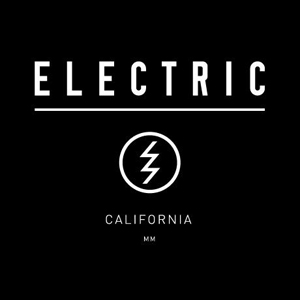 After over twelve years in the action sports market, Electric is refreshing its brand with a newly designed logo, strategy and products. The sophistication of Electric’s products, influences, goals and interests developed alongside the rapidly evolving market, highlighting the need to refresh the company’s image in order to accurately represent the brand.  Eric Crane, who designed the original Electric identity in 2000, is leading the new identity project. The new “VOLT” logo, photography style and brand design celebrates Electric’s Southern California roots with an emphasis on premium quality and timeless style.

By having a freshly re-positioned brand identity, Electric plans to achieve growth through expansion of product lines, geography and distribution. In order to fulfill the brand’s mission to become a world-class premium accessories brand, Electric plans to sell its products in premium lifestyle boutiques, department stores and sporting goods chains, as well as in select online retail sites, including Electric’s newly launched e-commerce platform.

Electric’s expansion in Europe, a currently untapped market for the brand, will mark the first phase of a growing international presence.  Electric has opened a new office in France along with a new European Managing Director who will be joining the company in March to spearhead the development of the brand in Europe, the Mediterranean and the Arab Emirates.

The second phase of Electric’s international expansion strategy will focus on brand recognition and leadership in four key Asian markets: Tokyo, Seoul, Hong Kong and China. The brand’s expansion in Asia will be led by Bob Cherry, Electric’s International Brand Manager, who will be working closely with Electric CEO, Bruce Beach.

“This is a very exciting time for Electric and our retail partners. By building on our strong foundation as the eyewear category leader in action sports, Electric’s new company vision is to become a global premium sports and lifestyle accessories brand. Electric’s unique sense of style, design, and purpose will be reflected in our refreshed identity, elevated range of existing products, and entrance into complimentary product categories. We have a passionate and experienced team that is dedicated to achieving our vision.” Bruce Beach, CEO of Electric

Electric’s strategy will be focused on product line development as well expansion of the brand overseas. Electric’s apparel and accessories lines will see a continued focus on key items to round out the line with an major emphasis on bags and small leather goods.

Electric plans to introduce two new snow goggles, the EGV and the EGB2S, to round out the current market-leading offering, and also offer a full line of snow helmets. Electric will introduce new product line extensions which include watches and electronic accessories.

The watch category will be instrumental in elevating the brand’s position by going beyond the core surf and snow retail channel it is currently distributed in. The inspiration behind the new watches is drawn from the custom culture of Electric’s southern California home, and can best be defined using the concept of “re-engineered classics.”  The pricing for the watches will run from an estimated $200 for simple pieces to $1,500 USD for the Swiss Made offering.  The first phase of the release will include both field and dive inspired analog watches and will be available to retailers in Q4 2013.

Electric appointed Eric Crane, to the position of Chief Commercial Officer to oversee the development of brand growth initiatives, including the refinement of existing processes and product categories. He will also spearhead the new marketing and product initiatives, including a brand redesign, entry into ecommerce, and expansion of snow helmets and a new product line of watches.

“I was brought back to Electric, first and foremost to help chart the course of the brand’s evolution.  I will co-author a new chapter for Electric and re-engineer the brand from the ground up; to put processes, products, and strategies in place to ensure that the brand reaches its utmost potential. With the support and resource of the PPR Group, I am confident that we can accomplish this together.” Eric Crane, Chief Commercial Officer

ABOUT ELECTRIC
Founded in 2000, Electric is a global, premium, sport and lifestyle accessory brand rooted in southern California’s rich action sports, music, art and customization culture. Electric’s unrelenting approach to the elevation of style, quality and function in its products has earned the brand a renowned position. Today, Electric designs and markets an extensive line of sunglasses, snow goggles, backpacks, luggage and accessories through a primarily action sport and sporting good global retail network including the Americas, Europe, Japan, China and Australasia.  Since 2011 Electric is part of PPR, a worldwide leading Luxury and Sport & Lifestyle group.

For more information go to: electricvisual.com

ABOUT ERIC CRANE
Raised in New York and on California’s beaches, Eric Crane’s entrepreneurial approach to designing products and brands combines global sophistication with an insider’s perspective.  Eric first became involved in graphic design and advertising in 1993 upon graduation from design school, when he took a position with Arnette Optics. Eric’s work at Arnette quickly earned recognition within the action sports community and led to his recruitment to San Francisco based Astro Studios in 1998, where he spearheaded several award winning projects for a diverse client base including Nike, Compaq, and Hewlett Packard.  In 2000, Eric partnered with Electric Visual Evolution to launch the brand by designing the identity, and maintained the brand’s image until 2003.  In 2002, Eric began work with California apparel giant Ocean Pacific resulting in award winning illustration and advertising as well as an appointment to Op’s SVP, Marketing and Creative Director, working closely with Dick Baker to re-invent the brand through development of the Op Classic collection.  In 2007, Eric took a position with Nixon, Inc. as the brand’s first Global Vice President of Product and Design, where he refreshed the brand’s identity, product lines, retail environments and processes, earning multiple nominations from industry peers and aiding in Nixon’s rapid growth.  In addition, Eric has been involved in the launch of numerous creative endeavors over the last decade, including his own collection of sportswear and the iconic brand and packaging design of Peligroso Tequila.