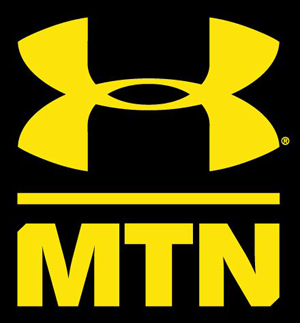 I am stoked to announce that we have officially signed Dustin Craven to the UA Snowboard Team!

For those of you that don't know Dirty D, here is a quick Bio:

Dustin Craven (aka Crusty Dusty) is a 24 year old snow shredder hailing from Calgary, Alberta.  Craven is a very well rounded snowboarder, for example, he can destroy the half pipe (missed the Canadian Halfpipe team by 1 spot in 2010), he can jib, and he can send it in the back country.

FUN is Dustins motto in snowboarding, after all that is why any of us have ever started snowboarding.  As ESPN put it, he is a "prairie pirate who calls 'em as he sees 'em and likes to have a good time, all the time."

Looking at how he approaches new lines you can easily see how he is influenced by some of snowboardings best (Muller, Gigi, Terje) and creates his own style from clean hand plants to blasting methods deep in the pow.

Dustin is now a BC boy where he can be found riding and filming with elites such as Devun Walsh, Iikka Backstrom, Eero Niemela, and Ryan Tiene.  Their theme: "To have more fun than anyone while pushing the boundaries of snowboarding in its most progressive environments."

We are so fired up to have Dustin on our team.  He is a progressive young snowboarder that will add a new element to the UA Snowboard program!