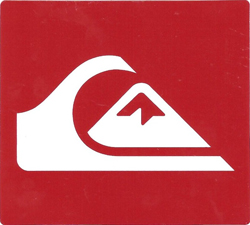 On February 16, 2013, Craig Stevenson, the Global Brand President and Chief Operating Officer of Quiksilver, Inc., (together with its subsidiaries, the “Company”) announced that he would be leaving the Company on October 31, 2013, the end of the Company’s fiscal year.

On February 22, 2013, Ug Manufacturing Co. Pty Ltd (“Ug”), a wholly-owned Australian subsidiary of the Company which is a party to an employment agreement with Mr. Stevenson dated March 6, 2012 (the “Employment Agreement”), entered into a deed of separation with Mr. Stevenson (the “Separation Agreement”) setting forth the terms of his separation from the Company on October 31, 2013. The terms of the Separation Agreement are summarized below. This summary is not complete and reference should be made to the complete text of the Separation Agreement, which is filed herewith as Exhibit 10.1 and incorporated herein by reference.

The Separation Agreement provides for severance benefits upon Mr. Stevenson’s termination on the Separation Date consisting of (i) an AUD $712,500 severance payment payable in eighteen consecutive equal monthly payments, beginning with the payroll period immediately following the Separation Date, (ii) payment of AUD $36,538 in statutory benefits (pay in lieu of accrued annual leave) within ten days of the Separation Date and (iii) a bonus award pursuant to the Company’s Incentive Compensation Plan for fiscal 2013, assuming the performance criteria with respect to such award are achieved, payable at the same time as annual bonuses are paid to other executives (if at all), but in any event no later than March 15, 2014. It also provides for a release of claims against the Company by Mr. Stevenson. Under the Separation Agreement, Mr. Stevenson’s stock options and restricted stock units will be treated in accordance with the Company’s 2000 Stock Incentive Plan and applicable award agreements.