SUPPORT: Newton Running's Shoe-Grant Program Helps Homeless Get Back on Their Feet 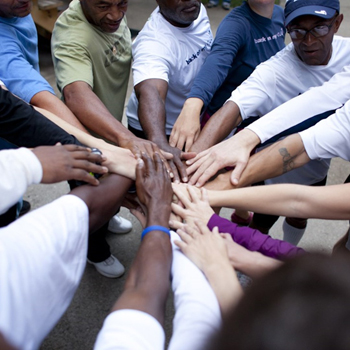 Boulder, Colo. — Newton Running, the leader in performance shoes that actively support and strengthen natural running motion, has donated 1000 pairs of Newton Running shoes to Back on My Feet, a national non-profit that uses running to help those experiencing homelessness transform their lives through employment and independent living.

“We are proud to work with an organization that taps into running’s transformative power to help people in need,” says Newton Running CEO Jerry Lee. “We launched the shoe grant program in July 2012 just for groups like this, and have since donated almost 3000 pairs of shoes to various charities.”

The shoe grant program is Newton Running’s latest social responsibility initiative, which is rooted in the company’s commitment to building and maintaining community-based charitable partnerships. In the case of the shoe-grant program, Newton Running asked its retailers to nominate deserving organizations in their communities.

Back on My Feet recognizes the innate desire all individuals possess to feel recognized, appreciated and supported. Therefore, in lieu of providing food or shelter, it offers coaching, resources, financial aid, job training and access to employment and housing opportunities. Each chapter of Back on My Feet holds thrice-weekly runs at 5:30 a.m. and provides social activities for members including opportunities to compete in local races.

Since its inception in 2007, Newton Running has also partnered with Athletes for a Cure, One World Running, Trickle Up and other international and national organizations.

About Back on My Feet
Back on My Feet (BoMF), launched in Philadelphia in 2007, is a national nonprofit organization that uses running to help those experiencing homelessness change the way they see themselves so they can make real change in their lives that results in employment and independent living. The organization has chapters in Philadelphia (headquarters), Baltimore, Washington DC, Boston, Chicago, Dallas-Ft. Worth, Indianapolis, Atlanta, New York and Austin. BoMF will launch its 11th chapter in Los Angeles in late 2013.  The organization has received media support including attention from NBC Nightly News, ABC World News, CNNand The Today Showfor its ingenuity in tackling this difficult social issue. More information can be found at backonmyfeet.org.