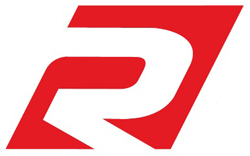 KENT, Wash.—Raleigh Bicycles has hired 30-year bicycling and outdoor industry veteran, Alan Rowland, as their new director of sales for the west territory.

Prior to joining Raleigh, Rowland owned and operated a successful sales agency in Northern California, which he founded in 2006. Through his business, Rowland managed a team of four independent field reps. Before he established his own agency, he was an outside territory manager for Specialized Bicycles, working several territories in Southern and Northern California since 1988.

“Not only does Alan have extensive and relevant industry experience, but he possesses the level of passion for this sport that is required to drive sales to the next level,” said Chris Speyer, chief operations officer of Accell North America. “Equipped with his business acumen and great personality, we are proud to welcome Alan to the Raleigh sales force.”

An avid road cyclist, Rowland competes in masters road races and triathlons. When he’s not in the saddle on his Raleigh Militus 3, he gets his endorphins up running and skiing.

About Raleigh Bicycles:
With more than a century of cycling heritage under its wheels, Raleigh Bicycles is one of the most well respected bicycle brands in the world. Raleigh offers a broad spectrum of bicycles including road, mountain, cyclocross, and commuter for all ages and abilities. Raleigh focuses on supporting the commuter, the family and local cycling, and partners with numerous non-profits around the U.S. each year to help grow the sport, including Ride 2 Recovery. Raleigh also sponsors Raleigh UK and Raleigh/Clement competitive cycling teams. The Raleigh brand possesses a rich history of producing quality bicycles and remains a leader in the industry. For more information about Raleigh, please visit: www.RaleighUSA.com and www.facebook.com/RaleighBicycles.