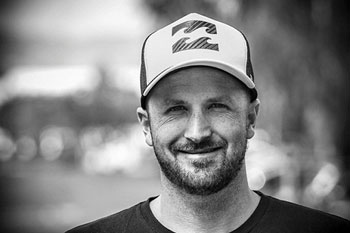 Micah Byrne has been announced as the new Billabong surf team manager. He will provide an elite surf program for its athletes.
Press Release from Billabong

Micah Byrne has an extensive experience as a professional surfer and as the current Assistant Coach to the USA Surfing America Team.

"I'm super excited to be part of the Billabong family once again. They were my first apparel sponsor when I was 9 years old, basically jump starting my surf career, which has lead me to where I am today", reveals Byrne.

"Their surf team is super diverse and second to none, filled with many amazing surfers, some of who I know, and others who I look forward to meeting".

Micah Byrne will be based out of Billabong's USA headquarters in Orange County, California and traveling to competitive events and photo trips as part of his team manager duties.