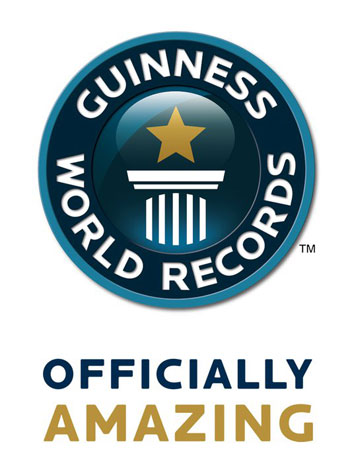 The 30-year-old resident of Santa Cruz, California caught the superlative wave on December 21, 2012 during a terrifying session at the Cortes Bank, a notorious offshore hazard to shipping located over 100 miles west of San Diego in international waters.

Dollar won a total of $30,000 in capturing both the Pacifico Paddle and the XXL Biggest Wave divisions at the 13th Annual Billabong XXL Global Big Wave Awards held on May 3 at the Grove Theater in Anaheim, California. A panel of experts measured the wave at 61 feet on the face. Dollar caught the wave using only human paddle power yet it turned out to be bigger than any waves caught by any means in the last year — including those caught with the use of jet ski assists.

This is not Dollar’s first visit to the Guinness Records pages. In 2010 he rode a wave at Maverick’s off Half Moon Bay, California which was measured at 55 feet and surpassed the previous best set by Taylor Knox in Mexico in 1998. Dollar’s first tenure as a record holder was short-lived, however, when Hawaiian surfer Shane Dorian bettered the mark with a 57-footer at Jaws, Maui the following year.

“Is this really happening?” asked Dollar rhetorically after his XXL victory. “Are we really paddling into waves bigger than what we used to tow? It’s surreal, it’s such an honor.”

How big did that wave seem to him as he experienced it, alone, 100 miles from shore?

“It’s hard to put numbers on those things, but it was the biggest wave I’ve ever seen in my life,” said Dollar. 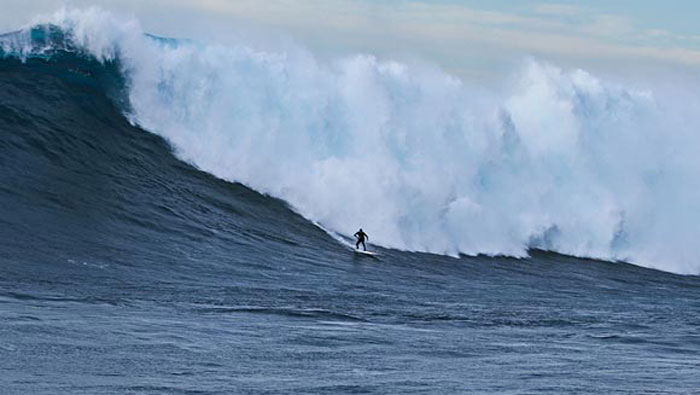