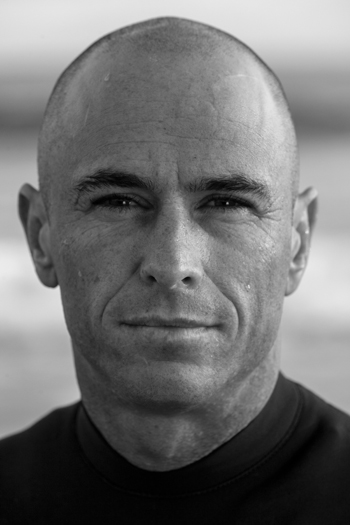 HUNTINGTON BEACH, Calif. – Shane Patrick Dorian has accomplished much as a waterman in his 40 years; from winning a Hawaiian state title and pushing the paddle-in limits on the North Shore’s outer reefs to contending for world titles, capturing prestigious big wave awards and staring in major motion pictures.  For his myriad achievements, Dorian joins fellow surfers Skip Frye and Rick “Rockin Fig” Fignetti as an inductee into the 2013 class of the Surfers’ Hall of Fame on Friday, July 26 at 10 a.m. in front of Huntington Surf & Sport.

The nation’s first imprint collection of legendary surfers, the Surfers’ Hall of Fame, celebrated its first induction in 1997 inside of specialty retailer Huntington Surf & Sport where several slabs remain.  Four years later with the blessing of the City Council and a stunning bronze statue of sport’s spiritual leader Duke Kahanamoku serving as a backdrop, the ceremony moved outside to the corner of PCH and Main; less than 100 feet from the famed Huntington Beach Pier, site of the U.S. Open of Surfing.  Visit http://hsssurf.com/shof for more information.

A fearless surfer from Hawaii’s Big Island, Shane’s lengthy resume of accomplishments includes costarring in the 1998 big-wave melodrama In God’s Hands, winning the 1999 Rip Curl Bells and 2000 Billabong Pro Mundaka World Tour events, and a top 5 ASP ranking in 2000.  The wiry (5’8”, 150 pounds) Dorian was a leading “New School” aerialist in the early ‘90s, since the middle ‘90s has been one of the world’s best big-wave riders taking top prize in the 2008 and 2013 XXL Global Big Wave awards, and is a tube rider of phenomenal agility and precision.

Shane Dorian was born on July 19, 1972 in Kailua Kona, Hawaii to his father Patrick, a former Hollywood actor and stunt double for Elvis Presley, and his mother Susan, an independent, strong-willed woman who went on to compete in female bodybuilding events.  When Shane was three, his parents opened a restaurant called Dorian's right on the beach.  Since Dorian was too young to wait tables, the long hours hanging around the restaurant soon forced him to turn to the ocean for amusement.  Along with best friend Mike Stewart, he virtually lived at the once-empty grommet breeding pool known as Banyans…on bodyboards.

Shane began surfing at age five in 1977; it took him six years to win his first contest, then another three to win the Hawaiian State titles.  Surfing education became a top priority as Dorian's mother worked out a system where Shane would spend the second and third school quarters on the North Shore of Oahu (the peak winter season) and the first and fourth quarters back home on the Big Island.  "The schools didn't really understand it," said Shane.  "But I don't blame 'em. The concept of pro surfing was so foreign to them back then."

Dorian's official coming-out party was during the Gotcha Pro at Sandy Beach in 1987.  He beat out big names, made it through four rounds and got some media exposure.  More importantly, he became friends with a couple of the heaviest up-and-coming surfers on Oahu, Brock Little and Todd Chesser.  With Little and Chesser leading the way and Dorian following, an informal North Shore boot camp was instated.

Shane proved in the following years he could not only keep up with the big boys but also surpass them.  But in '92, with a few years of heavywater experience under his belt, he followed Chesser and Little out to an outer reef during an exceptionally giant day. 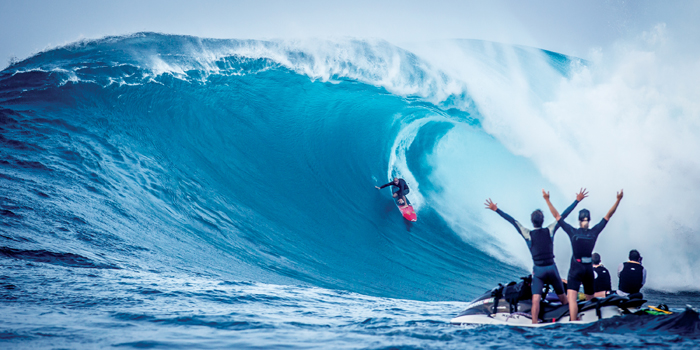 "It took us, like, 45 minutes to get out there. And then when we did, we were facing these 25-foot waves with crazy cleanup sets.  I sat outside those guys for a while, but then I started getting pissed when they caught a bunch of waves,” Dorian recalls.

“About that time, the horizon went dark from this huge set and we started scratching.  I was too deep, but I wanted a wave so bad that I just flipped around and went on the first one.”  Shane launched over the falls, lost consciousness and then regained consciousness to find he could not feel his legs and was foaming at the mouth.  “I barely made it through that one, but it was a major turning point for me. As Brock said, it was the first time I realized that I was mortal."

Dorian joined the ASP World Tour in 1993 where he hovered outside of the top 10 for a number of years before cracking the barrier with a fourth-place finish in 2000.  Popular among surfers and fans, Shane finished runner-up to Kelly Slater in the 2000 Surfer Magazine Readers Poll Awards and finished 2nd in the prestigious 2001 Quiksilver in Memory of Eddie Aikau big wave contest.  Shane received the coveted “Waterman of the Year” award from SIMA in 2012, one of the sport’s highest honors.  Earlier this year, Shane Dorian went home with two awards for an unbelievable barrel ride at Jaws earlier this season, winning $55,000 for the Pacifico Tube and Billabong XXL Ride of The Year.

“Shane Dorian is one of the most famous and gifted Big Wave Surfers on the Planet and a true Surfing Legend,” said Surfers’ Hall of Fame founder Aaron Pai!  “Shane continues to inspire generations of Surfers.  We are stoked to be able to thank Shane Dorian for his achievements and contributions to our Surfing World and are happy and excited that he will be here for his induction into the Surfers' Hall of Fame!”

The Surfers’ Hall of Fame induction ceremony pays tribute to those individuals who have made an indelible mark on the sport, industry and culture of surfing.  Annually, tens of thousands of visitors travel to Huntington Beach’s downtown area and literally walk in the footsteps of surfing superstars and legends from several eras including Laird Hamilton, Andy Irons, Jack O’Neill, Robert August, Bob Hurley, Sean Collins, Kelly Slater, Lisa Andersen, Pat O’Connell, Al Merrick, Shaun Tomson, Rob Machado and Rabbit Kekai, who are already immortalized in cement.

The Surfers’ Hall of Fame induction ceremony is open to the public, free-of-charge.  Further information is available at http://hsssurf.com/shof/.