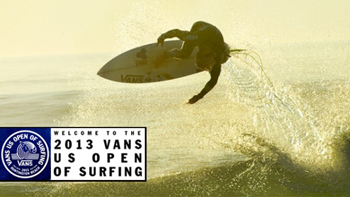 This year’s Vans US Open is a pivotal point on the ASP World Tour for both the men and women. For the men, a win at the Vans US Open – North America’s only ASP Prime event and the fourth of eight in 2013 – will earn them valuable points towards qualification for the coveted ASP Top 34. And for the women, the Vans US Open of Surfing presented by Paul Mitchell marks the 2nd to the last stop on the Women’s World Championship Tour (WCT). Alongside the ASP World Tour stop, Vans will also host the ASP Pro Juniors for men and women, playing a vital role in a young surfer’s qualification hopes for the 2013 ASP World Junior Championships. In addition, the Vans Joel Tudor Duct Tape Invitational presented by Pacifico, an innovative surf series dedicated to the creative expression and style of longboarding, will showcase world-class longboarding talent such as Alex Knost, Jared Mell and Tyler Warren.

The 2013 Vans US Open of Surfing will run from July 20 to July 28 with all events free and open to the public.  Live webcast can be viewed at www.vansusopenofsurfing.com and via the US Open app starting July 22. Having initially broken viewership records over the past two years, last year’s event garnered momentum bringing the viewership to 1.5MM+, with the expectation to grow even more worldwide this year. 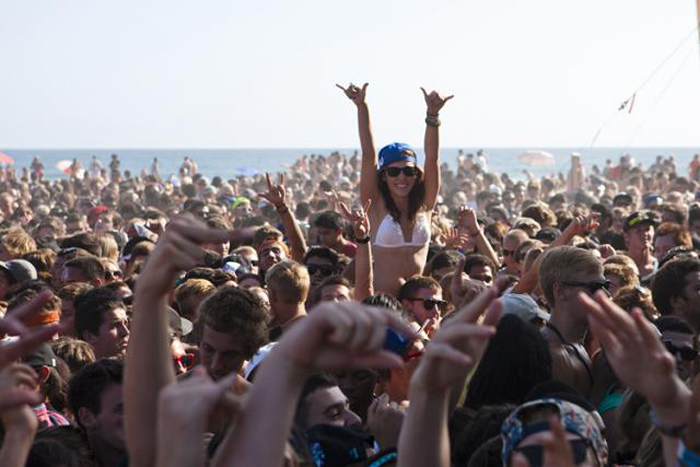 Huntington Beach, CA – The 2013 Vans US Open of Surfing, owned and operated by IMG, will take a step out of the water when artists such as Modest Mouse, The Faint and Twin Shadow hit the House of Vans Stage for one of the most anticipated programs during the Open.  The annual music stage is the largest free concert stage of the summer and will feature performances by some of today’s most creative musical acts entertaining hundreds of thousands of fans over the course of two nights.

This year’s musical line-up will include indie rock Grammy nominated artist Modest Mouse, dance-punk band The Faint, and critically acclaimed alternative pop artist Twin Shadow – making it the soundtrack of the summer.  The festival will also feature Huntington Beach native, Matt Costa and emerging artist, FMLYBND. SPIN, the exclusive media partner of the 2013 Vans US Open of Surfing, will be providing special coverage surrounding the event.

“Over the years, the annual music stage has developed into a key component of the US Open. It defines the culture of this amazing action sports and lifestyle festival,” says Jennifer Lau, Vice President of IMG. “With Vans’ deep roots in music, this year’s stage line-up will be one of the best yet.”

“Being a bunch of grungy kids growing up surfing and skating all over Southern California, we feel incredibly honored to be playing the US Open this year. And the fact the we are sharing the stage with Twin Shadow, The Faint, Matt Costa, and Modest Mouse is pretty insane. It's just the beginning for FMLYBND and we are stoked to be starting out our career on this platform, playing with these bands. It's only up from here." – FMLYBND

Known as the world’s largest youth culture and action sports festival, the Vans US Open of Surfing will feature two days of concerts Thursday and Friday, July 25th & 26th, at the conclusion of the surfing competition.  All concerts are free and open to the public.

Modest Mouse
Modest Mouse was formed in 1993 in Issaquah, Washington and over the last decade has become the indie rock standard and one of the few bands capable of treading the narrow path where massive popularity is possible without sacrificing their longtime fans.

The band released their first full-length album, This Is A Long Drive For Someone With Nothing To Think About, on the Up label in 1996. With the release of their second album, The Lonesome Crowded West in 1997, the band's status reached new heights with a legion of fans and critical acclaim. In 2000, Modest Mouse was signed to Epic Records and released their third album, The Moon & Antarctica. In 2004 came the release of their breakthrough album, Good News For People Who Love Bad News, which included the hit "Float On" and has sold over 1.5 million copies and earned the band two Grammy nominations

Modest Mouse released We Were Dead Before The Ship Even Sank, on March 20, 2007 and immediately entered the Billboard Top 200 chart at #1.  Most recently the band released the EP No One's First, And You're Next and also reissued Moon & Antartica on vinyl.

The Faint
Do you remember a time before the words “dance” and “rock” were linked by a hyphen and the synthesized sounds of the ’80s were a regular part of the modern musical landscape? The members of The Faint do, because they were there when it started to happen. In fact, you could even say they’re one of the main reasons it happened at all.  Last year, Saddle Creek reissued one of the crown jewels of the movement, an album that over time has proven to be as influential as it is exhilarating: The Faint’s third album, 2001’s Danse Macabre.

Twin Shadow
Twin Shadow is the nom de plume of Dominican-born George Lewis Jr. The troubled son of a hairdresser and a “teacher who lived many lives” (semi-professional football, massage therapy, film maker), his formative years were spent in suburban Florida. It was there that George made he first forays into music, experimenting with sound from the age of 14. He’s not looked back since. Drawing inspiration from extended trips abroad to Copenhagen and Berlin, and a distinctly European sensibility that takes in Thin Lizzy, Bowie and a classic pop melodicism, Twin Shadow has proven broad in scope and enterprise.

Matt Costa
When Matt Costa first started writing for his fourth full-length album, he envisioned the end result as a stripped-down selection of rootsy folk songs. But once he plunged into the songwriting process something much more grandiose and sonically adventurous began to emerge. Soon Costa found himself in the midst of a highly unanticipated yet deeply expansive evolution of artistry as a singer, songwriter and multi-instrumentalist. “The songs started morphing and twisting and taking on a more mystic sound,” says Costa, “and at the same time I began opening up my sense of what’s possible with melody.” Thanks to his resculpting those songs with elaborate yet naturalistic instrumentation and some boldly inventive merging of disparate musical styles—as well as decamping to Glasgow to record with longtime Belle & Sebastian/Mogwai cohort Tony Doogan and an illustrious ensemble of Scottish musicians—the new self-titled release proves to be Costa’s most ambitious and magnetic album to date.

FMLYBND
FMLYBND is a 6 piece band from the slum ghetto beach paradise, Isla Vista, CA. Many moons ago, they were living all over Southern California, playing tons of music, surfing, skating, and just having a lot of fun together... As the years went by, each member eventually migrated to the crazy wacky town of Isla Vista, just north of Santa Barbara. They fell in love with the little beach town and have called it home ever since.  Isla Vista is the place where FMLYBND came alive. The band discovered how to live life together and learned what a family is all about.  Some of them have even gotten married and started raising their own families in IV…living their dreams together as one big family…hence the name FMLYBND. Some people might think they’re crazy...well if crazy means living life to the fullest, loving the people around you, and letting the music be an overflow of all that…then yes they’re pretty crazy.

Vans US Open of Surfing Background
The 2013 Vans US Open of Surfing will run from July 20 to July 28. All events are free and open to the public. Live webcast can be viewed at www.vansusopenofsurfing.com and via the US Open app starting July 22.  Having initially broken viewership records over the past two years, last year’s event garnered momentum bringing the viewership to 1.5MM+, with the expectation to grow even more worldwide this year.

About Vans & Music
The House of Vans, the cultural hub for the original action sports shoe and clothing maker, is located at 25 Franklin Street in the Greenpoint neighborhood of Brooklyn, NY.  Along with an indoor concrete bowl and outdoor skate plaza, this window into the world of Vans includes a permanent stage for concerts and enough space to virtually do anything our imaginations allow.  2013 marks the third year of Vans and FYF’s acclaimed Vans House Parties, the go-to free summer concert series in New York.

Vans supports original and creative music acts ranging from Band of Horses to Public Enemy to Turbonegro by bringing memorable shows to global audiences at the House of Vans roving music venue that echoes Vans’ Brooklyn-based cultural hub and to more than half a million fans each summer at the Vans Warped Tour, America’s longest-running music tour.  Shoe and clothing collaborations with Pearl Jam, Iron Maiden, Iggy Pop, Descendents, KISS, Social Distortion, No Doubt, Slayer and Metallica are among the many coveted projects that suit an "Off The Wall" lifestyle for music fans everywhere.