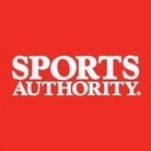 “Greg has been a great asset to Sports Authority and we thank him for his contributions to the company,” commented Michael Foss, Chief Executive Officer for Sports Authority. “He has played an important role in strengthening company operations and in our brand’s evolution overall. Greg will be spending the next several months aiding in the transition and we thank him for that. We wish Greg the best in all of his future endeavors.”

Mr. Foss added, “Stephen possesses significant expertise in merchandising and has shown great leadership in his time at Sports Authority. Stephen is an industry veteran with a proven ability to make strategic decisions and execute to drive business results and we are excited to have him in this new role.”

About Sports Authority
Headquartered in Englewood, Colorado, Sports Authority is one of the nation’s largest full-line sporting goods retailers with more than 475 locations across 43 states. Sports Authority offers a broad range of sporting goods from leading brands and is the active family’s destination for footwear, apparel, fitness, team sports and outdoor recreation. The League by Sports Authority, a free and easy rewards program, offers members 5% back on every $100 spent during a quarterly period. For a list of store locations and information, or to shop online, visit SportsAuthority.com The Company also owns and operates ten S.A. Elite locations that offer a premiere assortment of high-end performance apparel, footwear and accessories. Visit saelite.com for more information. Follow Sports Authority on Facebook (http://facebook.com/SportsAuthority) and Twitter (http://twitter.com/SportsAuthority).