WIN: The Trip of a Lifetime from the Clymb! 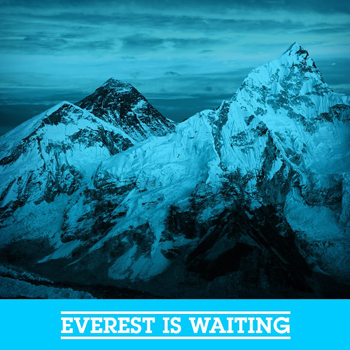 August 20, 2013 (Portland, Ore.) The Clymb, the fastest growing online retailer of gear and adventure travel, will award one lucky Facebook fan the trip of a lifetime with its Everest is Waiting promotion. The winner and three of his or her friends will discover the wonders of Nepal and Everest base camp in a 15-day adventure travel trip provided by The Clymb Adventures.

The 15-day itinerary includes airfare to Kathmandu, the capital of Nepal, where the winners will explore temples, shrines, bazaars and traditional Nepali restaurants with a local guide. After leaving the capital, they will be immersed in Buddhist culture at the famous Tengboche monastery and hike the Dudhi Kosi valley to Namche Bazaar, capital of the Kumbu Sherpas. To top it all off, the winners will partake in a guided trek to Everest base camp where they will experience the legendary Kala Patthar viewpoint.

“At The Clymb we love great gear, human powered adventure and creating wonderful experiences for our customers. What better way to bring this to life than providing a trip of a lifetime for one lucky winner and three of their best friends?” says Mike Steck, vice president of marketing for The Clymb. “Everest is Waiting is a way for us to reward our loyal customers and Facebook fans with an opportunity to see an amazing part of the world, all on our dime.”

The Everest is Waiting campaign encourages contestants to assemble a dream team of three friends they would want to take on a Mt. Everest adventure. Via the Everest is Waiting Facebook app, entrants pick their team of three based upon superlatives such as “most likely to master a traditional Nepali dance,” or “most likely become a hero on the trip.” Each time a contestant builds a team of three using their choice of the five given superlatives for that day, they are entered to win the grand prize 15-day Everest adventure and numerous gear giveaways taking place throughout the duration of the contest. Starting Aug. 20, contestants can build a team once a day until Sept. 9, giving them the ability to accumulate 21 separate entries for the Everest adventure. Gear giveaway winners will be announced throughout each week, and the grand prize Everest adventure winner will be announced on Sept. 16.

About The Clymb
For those who find their passion in the outdoors, The Clymb inspires human-powered adventure by delivering member-exclusive pricing on premium brands and experiences. With millions of members, The Clymb is the outdoor industry’s fastest growing online retailer. Founded in 2009 in Portland, Oregon, by a seasoned team of outdoor and sport industry veterans, The Clymb was named one of Outside’s Best Places to Work in 2012 and 2013. TheClymb.com