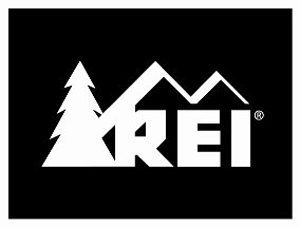 Outdoor gear and apparel retailer Recreational Equipment, Inc. (REI) today named Jerry Stritzke as the company’s president and CEO following an extensive national search.  Stritzke most recently served as president and COO for Coach, Inc. (NYSE: COH), a leading American marketer of fine accessories for men and women.  Stritzke brings to REI deep experience in retail operations, the building of lifestyle brands and all aspects of product development and the product supply chain.

“REI’s board set high standards in pursuing the company’s next CEO,” said Board Chair John Hamlin.  “Jerry brings to REI an outstanding record of success in all aspects of specialty retail, particularly brand building, operations, and customer insights.  He possesses strategic vision, he knows how to foster a high-performing executive team, and he has proven skills in navigating the disruptive forces that have become the norm in today’s business world.  We are extremely pleased to have attracted an executive of Jerry’s ability to lead REI forward.”

A CEO Search Committee was chaired by REI Board Vice Chair, Cheryl Scott, and included three other board members, including Hamlin.  The search was supported by a leading national executive search firm, and Stritzke was selected from an outstanding group of business leaders interested in the REI role.

“I’m enthusiastic to join REI and work for such an iconic brand and respected employer.  It’s a great opportunity for me to combine my professional expertise with the outdoor activities I personally enjoy,” said Stritzke.  “REI has earned great success over the years and has a bright future.  It is a strong brand with a rich heritage and an important mission that connects people to the outdoors.  I look forward to working with the talented management team to help the company deliver on its mission, grow profitably, and bring outstanding value to the co-op’s members and customers.”

Coach recently announced Stritzke’s resignation, effective September 2, 2013. Stritzke joined Coach in 2008 and helped guide the company through the recession years while profitably increasing sales from $2.6 to $5.1 billion.  The company’s sales include global revenues from retail, e-commerce, and wholesale divisions.

Prior to joining Coach, Stritzke had an eight-year career with Limited Brands, Inc.  Limited Brands is the parent company of retail units that include Victoria’s Secret, Bath & Body Works, La Senza, and Henri Bendel.  The company also owns Mast Industries, an apparel importer.  Stritzke began his career at the Limited Brands in 1999 as the senior vice president of operations.  He then became the CEO of Mast Industries and oversaw all aspects of the apparel production and sourcing company.  In 2006, Stritzke became Co-Leader and COO of Victoria’s Secret.  In that role, he oversaw the daily operations of more than 1,000 retail stores, and his managerial responsibilities included product development, supply chain, distribution, and the company’s brand growth strategies.

Stritzke is trained as an attorney and worked in private practice before transitioning to a consulting firm specializing in retail.  An outdoor enthusiast, he enjoys hiking, fly fishing and rafting, and each year has a goal of summiting one of Colorado’s 14,000-foot mountain peaks.

In addition to his executive experience, Stritzke has served on the board of apparel company lululemon atheletica for the past 14 months.

As REI’s CEO, Stritzke will lead the nation’s premier outdoor specialty retailer for human-powered activities.  REI’s core offerings include products for camping, hiking, climbing, bicycling, fitness, and paddle and winter sports, and adventure travel trips and classes.  The company operates 130 retail stores in 32 states, and ecommerce sites, www.rei.com and www.REI-Outlet.com.  The nation’s largest consumer cooperative, REI is owned by its more than five million active members. Anyone may shop at REI, but only co-op members receive special benefits and a share of the company profits based on their eligible purchases.

Stritzke will join REI on October 1 as the seventh president in REI’s 75-year history.  He replaces former President and CEO, Sally Jewell, who left the company in April when she was confirmed as the Secretary of the U.S. Department of the Interior.  In addition to serving as the company’s CEO, he also will serve as a member of the co-op’s board of directors.

About REI
REI is a $2 billion national multichannel retail co-op headquartered outside of Seattle. With more than five million active members, REI serves the needs of outdoor adventurers through innovative products; inspiring classes and trips; and integrated customer service that allows shoppers to buy great gear and clothing in any way they want.  This year REI will invest over $3 million in REI communities to help care for outdoor spaces.