SUPPORT: The Jetty Rock Foundation Back to School Initiative 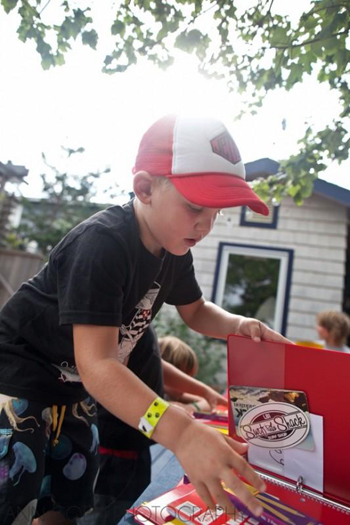 Little Egg Harbor, NJ.  Thursday, September 5, 2013 - A month after the 2012-2013 school year started, many children were left without homes due to the devastation of Hurricane Sandy.  Consequently, schools were closed and continued to suffer the effects of the storm long after the skies had cleared.  Despite changes within educational facilities, students throughout New Jersey not only focused on their education, but became volunteers and advocates for restoration.

The Jetty Rock Foundation recently recognized the hard work and resiliency of area students through the Back to School Initiative.  Eighty-six $100 gift certificates from our local retailers The Surf Shack, Surf Unlimited & Farias were purchased, as were an abundance of school supplies.  Brian Farias, President of Farias Surf & Sport, also provided a donation of backpacks from Roxy & Volcom that they gladly added to the cause.  School districts on Long Beach Island and the mainland were then approached by the Foundation for a list of students that faced the most adversity in the days following the storm.  These students were presented with a package to alleviate some of the stress the new school year may hold in light of the events of last year.

The mission of the Jetty Rock Foundation is to instill a sense of community by offering support to active members in need while maintaining the health of our natural environment and beautifying our local municipalities.  The members of the Foundation strongly believe that the Back to School Initiative provides support to the youth of our community while encouraging philanthropy throughout their lives.  To further this belief, the annual Jetty "Get Rad!" Scholarship is awarded to college-bound seniors who have participated in action sports and have expressed a sincere interest in entrepreneurship.  Jetty was born of the big dreams of high school friends, and the scholarship is meant to help fuel the future of similar endeavors.

To date, the Jetty Rock Foundation has donated $26,839 to dune restoration projects, to foster arts and culture in Ocean County, and to individuals suffering the long term effects from Hurricane Sandy.  Prior to the inception of the Foundation, Jetty's Sandy Relief Project donated $20,000 of raised funds to the Southern Regional and Stafford Township Education Foundations to aid student families in need and support a community-wide Thanksgiving. 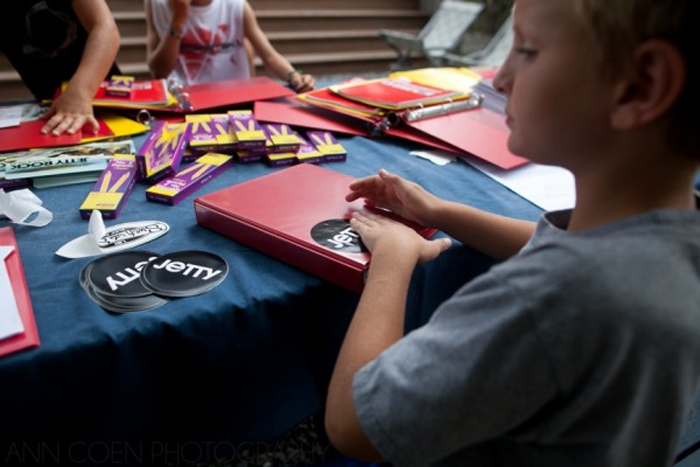 About The Jetty Rock Foundation Inc.
The Jetty Rock Foundation is a nonprofit organization with an apparent mission: to beautify our environment and to instill a sense of community by offering support to its active members in need. The immediate focus of the Foundation will be the support of those families and businesses with long-term effects from Superstorm Sandy. An additional focus will be to beautify the coastal environment through projects like beach clean-ups, dune grass planting and lobbying for better beach replenishment. As the Foundation grows, new projects pursuant to the mission will become apparent including scholarships, business revival, and other community-based causes.

About Jetty
Jetty is a grassroots company with a special touch of NJ garage must & dust. The company prints all of its own apparel in-house using an eco-friendly, water-based discharge ink system. Jetty currently sells in 50+ retailers on the East and West Coast as well as Europe.  Jetty was formed with the intention of supporting athletes, motivating the next-generation, spreading positive energy, and creating our own personal paths so that travel, music and opportunity became more apparent...knowing that Jetty has accomplished these things and motivated many of you to do the same is the energy of The Jetty Life™.

Jetty - Draw Your Own Line