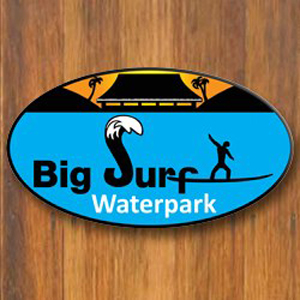 TEMPE – (October 2, 2013) – Big Surf Waterpark is very pleased to announce that Phil Dexter, the inventor of the wave pool and the man responsible for bringing surf to the Arizona desert, has been inducted into the World Waterpark Association’s Hall of Fame at the organization’s annual convention in West Palm Beach, FL. The World Waterpark Association Hall of Fame exists to recognize and honor those individuals who have made noteworthy achievements in the development and advancement of the water attraction industry. The WWA Hall of Fame celebrates those individuals who have reached a position of eminence through contributions that have provided outstanding service, innovation or advanced the WWA and/or the water attractions industry.

“Many of the world’s modern waterparks owe a big ‘thank you’ to Phil Dexter and to Big Surf Waterpark in Tempe, Arizona. Together, they revolutionized our industry with the wave pool,” said Rick Root, President of the World Waterpark Association. “I’m sure that to many who may have enjoyed waterparks for the first time in recent years, a wave pool is a natural part of the experience. It wasn’t always like that, and we are thrilled to commemorate this achievement in the World Waterpark Association’s Hall of Fame.”

Phil Dexter was born in St. Clair, MI. in 1927. He grew up and attended school in Michigan and served with the United States Navy during World War II. After the war he moved to Colorado where he spent several years working in the cattle business. He married Valerie Conroy in 1949, and moved to Casper, WY, to become a petroleum engineer. His three children, Keith, Marianne and Judy were born there.

In 1958, Dexter and his family moved to Phoenix where he worked with several engineering and construction firms. It was in 1965 while on a construction assignment in San Diego that Dexter was first exposed to surfing and began developing his idea. He built his first model of a wave-making machine in his backyard in August, 1966, and tested it extensively that fall and winter. A second larger model was developed and the following spring, he built a another, larger, full engineering model in an abandoned Phoenix pool hall.

In October 1967, Dexter contacted Clairol management who felt the development of Big Surf could become an outstanding promotion for its youth oriented products. Dexter was named General Manager in September of 1968. In October of 1969 in Tempe, AZ. the world’s first wave pool, Big Surf, Inc., was open for business. Originally the family recreation complex was mainly about surfing, drawing crowds, professional surfers, and even movie producers to this landmark. Forty-four years later, Big Surf Waterpark is filled with over a dozen attractions including the wave pool, which is the third largest in the world.

Dexter walked away from Big Surf a few years after the surf center opened and moved between Arizona and Southern California. He always kept busy: investing in a company called Mural Masters, taking time out to sail in San Diego, and working for the Forest Service and the paper mill in Snowflake, AZ. In the late 80’s Dexter and his wife moved to Pinetop, and after the passing of his wife Valerie, Dexter moved to New Bern, NC. He currently resides in Connecticut.