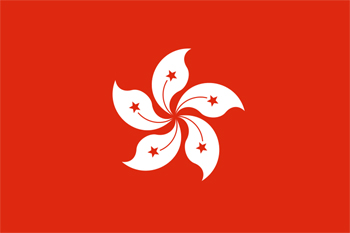 Hong Kong joins the ISA as it's 76th and newest Member Nation.
La Jolla, California, October 7, 2013 - The International Surfing Association (ISA) is proud to welcome Hong Kong as its 76th member of the ISA.

Located on China's south coast and enclosed by the Pearl River Delta and the South China Sea, Hong Kong is surrounded by water, making it an ideal destination for both standup paddling and surfing. The territory, which is one of two special administrative regions of the People's Republic of China, also includes 234 outer islands, many which produce great waves given the right conditions.

Although formerly a part of Great Britain and now a part of the People's Republic of China, Hong Kong has competed as its own territory in the Olympic Games since 1952.

"Hong Kong is a great addition to the ISA, now at 76 members and growing rapidly to reach 100 members by the end of 2014," said ISA President Fernando Aguerre. "An important destination in Asia, Hong Kong is home to a booming SUP and surf population, with the ability to help influence and expand surfing participation for all of Asia, an extremely important region for surfing's growth and a region where the majority of SUP boards are made," Fernando added.

Hong Kong generally has two surf seasons a year. The winter sees monsoon swells on the northeast facing beaches between October and March, while summer monsoon swells primarily hit Southwest beaches between April and September. Occasional typhoon swells between July and November can also produce larger surf, especially along several rocky point breaks around the outer islands, which come alive with waves given the right direction and size. There is a tight knit crew of local and expat surfers in the territory, with a growing number of standup paddlers increasing exponentially in size every year. - See more at: http://www.isasurf.org/isa-announces-hong-kong-as-76th-member-nation/#sthash.BGapPGdd.dpuf

“This is a huge opportunity for Hong Kong to be part of the ISA,” said Bryan Ng, President of the Hong Kong SUP Board Association (HKSUPBA).

“Becoming a part of the ISA allows our athletes, coaches and instructors in the standup paddling and surfing communities to connect, share knowledge and interact with the best watermen around the world. It also allows us to showcase to the world our commitment to the growing sport and to share our support for the watermen lifestyle and spirit.”

About the International Surfing Association

ISA membership includes the surfing National Governing Bodies of 76 countries on five continents. Its headquarters are located in La Jolla, California. It is presided over by Fernando Aguerre (Argentina), first elected President in 1994 in Rio de Janeiro and re-elected seven times since. The ISA’s four Vice-Presidents are Alan Atkins (AUS), Karín Sierralta (PER), Debbie Beacham (USA) and Layne Beachley (AUS).