KETCHUM, Idaho (October 9, 2013) - Smith Optics announced today the hiring of two new marketing managers to its growing in-house team.  Aaron Checkwood will take on the role of Surf Promotions Manager while John Hechkopf will step in as the new Multimedia Manager.

As the new Surf Promotions Manager, Checkwood will oversee the growth of eyewear among the Surf and lifestyle programs for the brand.  Raised in a California beach community, Checkwood is an acclaimed photographer, artist, and journalist who spent the last five years as photo editor for the award-winning TransWorld SURF magazine. Previous work experience also includes marketing and team management positions at Body Glove and Dragon. 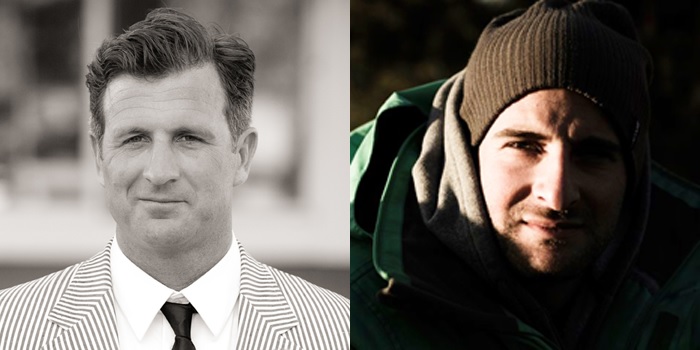 Checkwood will serve as Smith’s main point of contact for all marketing efforts related to the Surf and Lifestyle markets while establishing national & regional promotional campaigns.  He will be based out of Oceanside, California, and report directly to Senior Marketing Manager Cory Smith.

“Aaron is a very connected and respected guy who will bring surf industry clout to the Smith brand. We are very excited to have him working for our marketing team,” said Smith.

"From the second I met everyone at Smith they made me feel at home.  I look forward to becoming part of such an awesome team and incredible company who takes an amazing amount of pride in its technology," said Checkwood.

In his role as Multimedia Manager, Jon Hechtkopf will oversee and manage all video shoots and coordinate the strategic distribution of brand collateral through various multimedia platforms. For the past five years, Hechtkopf has specialized in content production and media management, including creating web content and filming and editing for the ASP World Tour events. After graduating film school in Boston, Hechtkopf joined Rip Curl in California. Also reporting directly to Cory Smith, Hechtkopf will split his time between Los Angeles and the Smith corporate offices in Ketchum, Idaho.

“Jon is going to be a great asset to the Smith marketing team with his strong understanding of all of our sports. We are confidant that Jon will elevate our media presence and global brand messaging,” said Smith.

"I recently went on a shoot with the Smith crew to Chile and instantly felt like I was in the right place with the right people, they are all extremely passionate about everything they are doing!  To be a part of a company that manufactures products for so many outdoor assets of life is amazing," said Hechtkopf.

ABOUT SMITH
Based in Sun Valley, Idaho, Smith Optics, Inc. was founded in 1965 with the creation of the first goggle featuring a sealed thermal lens and breathable vent foam. Today, Smith is known for its diverse line of sunglasses, snow and motorsports goggles, snow helmets, premium protective eyewear and ophthalmic eyewear. Smith’s devotion to excellence, innovation, performance and style has made Smith the choice of action-sport athletes worldwide. Smith products are sold in more than 50 countries through sporting goods and specialty stores. For more information, check out smithoptics.com.