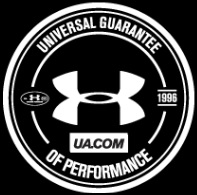 Baltimore, MD (October 22, 2013) - Under Armour (NYSE:UA), the leading performance apparel, footwear and accessories brand, announced today that two of its top leaders are assuming elevated roles within the organization. Kip Fulks has added President of Product to his current responsibilities as Chief Operating Officer, while Henry Stafford is now serving as President of North America. In these new positions, Mr. Fulks will further leverage his leadership experience in Product, Innovation, Supply Chain and IT, and Stafford will oversee North America Wholesale, Retail Marketing, Global Retail and Global E-Commerce.

As Kevin Plank's first partner, Mr. Fulks was instrumental in building Under Armour's operations function. Throughout the years, Fulks expanded his role to include Innovation and Product. Under his leadership, Under Armour has continually elevated the field of play through the introduction of cutting-edge products including Armour39™, SpeedForm and ColdGear® Infrared. As COO and President of Product, he will drive the integration of product development, design, technology and supply chain, while building on the brand's dedication to best-in-class service.

During his tenure at Under Armour, Mr. Stafford has played a vital role in driving and implementing the launch of break-through product innovations, including Charged Cotton®, Charged Cotton Storm®, UA coldblack® and Armour Bra™. As President of North America, Mr. Stafford will build a merchandising team and capability for Under Armour North America in addition to his executive responsibility across E-Commerce, Retail, Wholesale and Retail Marketing.

"I am extremely proud to elevate two outstanding, established leaders within our organization, while also adding great new talent to our executive team," said Kevin Plank, CEO and Founder, Under Armour. "Henry Stafford has played an instrumental role in launching our industry's most innovative apparel platforms, and Kip has provided superior leadership in product development and operations since the brand's inception and continues to drive game changing technology."

Ms. McCabe and Mr. LaRose both have impressive track records with some of the industry's top brands and retailers. Ms. McCabe's extensive management experience includes over 16 years with Ralph Lauren Corporation, including President Factory Store Concepts, where she led the strategic direction and operation of the brand's factory stores across the US and Europe. In her new role, Ms. McCabe will be responsible for Under Armour's brand house and factory house stores across the US and for the company's global retail strategy.

About Under Armour, Inc.
Under Armour® (NYSE: UA) is a leading developer, marketer, and distributor of branded performance apparel, footwear, and accessories. The Company's products are sold worldwide and worn by athletes at all levels, from youth to professional, on playing fields around the globe. The Under Armour global headquarters is in Baltimore, Maryland. For further information, please visit the Company's website at www.ua.com.