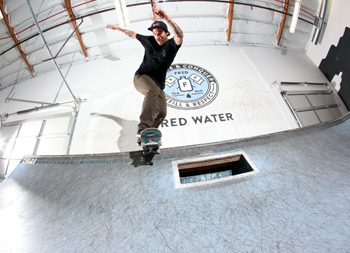 CARLSBAD, Calif., Nov. 18, 2013 – TransWorld SKATEboarding (TWS), the number one skateboarding media brand in the industry, is pleased to announce the addition of Paul Kobriger as Marketing Director. Kobriger will work closely with the editorial team to develop valued events, core promotions and skater- driven digital and print franchises.

Prior to joining TransWorld, Kobriger served as Marketing Manager at CCS, where he solidified his reputation in the skateboarding industry. The initiatives he developed there were always as much about promoting the growth of skateboarding as a whole as they were about growing the business. That core belief, combined with his strong ties to the industry, vast marketing experience, and overall awareness of value propositions make Paul a valuable asset to the TransWorld brand.

"TransWorld SKATEboarding has always represented the pinnacle of quality to me. I grew up with this magazine and haven't missed an issue in probably 20 years,” says Kobriger. “Their legacy is unmatched, and it's a tremendous honor and thrill for me to work at the best media brand with the best staff in all of skateboarding!"

“The TransWorld team just got that much better with the addition of Paul,” says TWS Editor in Chief Jaime Owens. “Paul's solid background in the skate industry, along with his being an all around stand up guy, is going to help take TWS to the next level.”