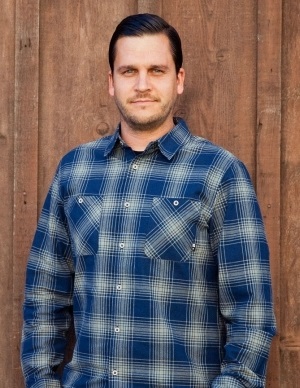 Jones will be responsible for Nixon’s overall creative direction including leadership in all areas specific to the brand’s visual language.

“Great brands are built on great stories,” said Jones about joining Nixon.  “Nixon is more than just a great company; it’s a mindset about designing insane product. I am incredibly stoked to be joining Nixon with the opportunity to create and share remarkable Nixon stories with the world.”

Adding to that, Nixon co-founder, Chad DiNenna, commented, “Nixon has collaborated with Tom over the years and we are excited to bring his experience and talent into Nixon.  I am confident that his creative expertise, rooted in skateboarding, combined with his respect for world-class design uniquely qualifies him to cultivate the Nixon vision globally."?

Having grown up around LA, Jones spent his formable years among skateboarding culture, which ultimately lead to his early career development working alongside brands such as DC Shoes, Plan B, Dyrdek Group,  among others. Jones spent over five years as Global Creative Director at DC Shoes during which time the brand experienced exceptional growth. After leaving DC, Jones spent the next seven years as the Vice Present of Plan B Skateboards and most recently as CCO for Dyrdek Group.

Jones is based in Encinitas, CA at Nixon's global headquarters.

About Nixon
Founded in 1998 in Encinitas, CA, Nixon is the premium watch and accessories brand for the youth lifestyle market. Focused on making the little stuff better, Nixon began with a small line of team-designed, custom-built watches sold exclusively in specialty boardsport and fashion retailers. Currently distributed in over 90 countries, Nixon’s product range has grown to include select men’s and women’s softgoods, leather goods, and custom audio products. For more information, please visit: Nixon.com.