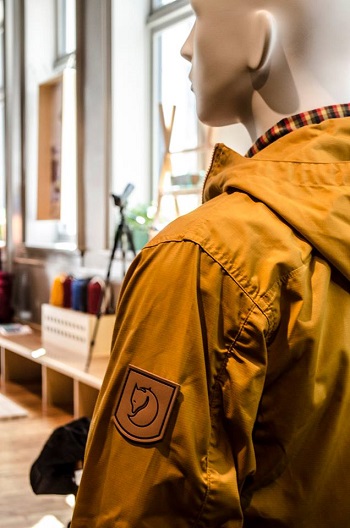 “To launch four stores in less than two months shows the momentum Fjällräven is experiencing in the U.S,” said Nathan Dopp, VP of Sales for Fjällräven North America. “Through our continued retail expansion, we are increasing our exposure in key communities where outdoor pursuits are inherent to the consumer lifestyle.  We will continue to grow great partnerships with our specialty retail base and use these new proprietary stores to connect with our brand history and create more engagement through on-site product and adventure experts.”

The stores showcase what Fjällräven has stood for since the brand launched in 1960— making the outdoors accessible to more people— at all experience levels. Each store will be staffed with brand ambassadors that will serve as a source for local explorations and hikes, as well as inspire customers to learn more about the brand offerings and global Fjällräven initiatives and events such as arctic adventure Polar and summer hiking event Fjällräven Classic.

The retail stores are designed to complement the high-quality gear and apparel that is synonymous with the Fjällräven brand, highlighting iconic silhouettes like the Kånken backpack and traditional outerwear offerings. Each carries a curated selection of its functional outerwear, apparel, backpacks, accessories and outdoor gear for men, women and kids.

About Fjällräven
In 1960, Åke Nordin founded Fjällräven in his basement in the Swedish town of Örnsköldsvik. Since then, Fjällräven has made a commitment to high quality and high end design, while staying true to our mission of developing timeless, functional and durable outdoor equipment, acting responsible towards people, animals and nature and inspiring people to get outside. Today the company has presence in over 30 countries worldwide. For more information, please visit www.fjallraven.us.