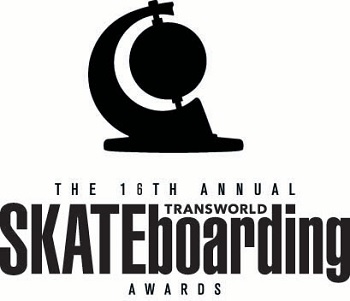 Winners To Be Awarded In Long Beach, CA On Tuesday, January 7, 2014
Press Release from TransWorld Media

Carlsbad, CA - Since its inception, the TransWorld SKATEboarding Awards have become the premier, go-to annual event for the skateboarding industry. Now in its 16th year, the TransWorld SKATEboarding Awards will officially recognize and honor the year's top skaters and video as voted on by the TWS editorial staff. Thousands of TWS readers will also have the chance to vote online to determine the winner of the only award in the industry picked solely by skateboarding fans themselves—the TWS Readers' Choice Award. In addition, TWS will be presenting the Eric Stricker Memorial Award, in memory of the late Eric Stricker, former editor of TransWorld SKATEboarding, and the TWS Legend Award, recognizing deserving recipients who have dedicated their hearts and souls to skateboarding. All winners will be announced and awarded with their trophies during the invite-only live event on January 7, 2014 in Long Beach, California during the Agenda trade show. Following the awards there will be an exclusive trailer for the next TWS video #26 coming Summer 2014.

The official nominees for this year's awards are (in alphabetical order): 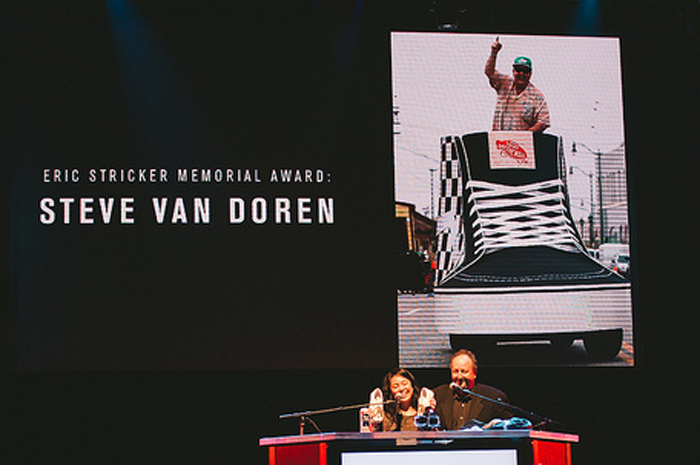 The TWS Legend and Eric Stricker Memorial Awards recipients will be announced at a later date.

Entry to award show granted with Agenda trade show wristband. All other industry and TransWorld guests RSVP to info@transworld.net