The snow sports retail market had a record holiday selling season, but severe drought in the Sierra and Cascade mountain ranges tempered the celebration. Sales reached a new record $2.2 billion season to date (August to December), $193 million more than was spent at retail through December last season and $26.5 million more than the previous record for sales through December set during the epic 2010/2011 season.

This is a welcome turn-around for much of the country but despite the new record, December sales were negatively impacted by severe drought in the Sierra range where the snowpack is more than 80% below normal and in the Cascades where conditions in the high country were healthier than in lower elevations, but overall the snowpack is 50% below average. By contrast, the Midwest, Northeast and Mid-Atlantic weather conditions were excellent for the snow sports market and record cold as far south as the Florida panhandle drove apparel and accessories sales to record levels. 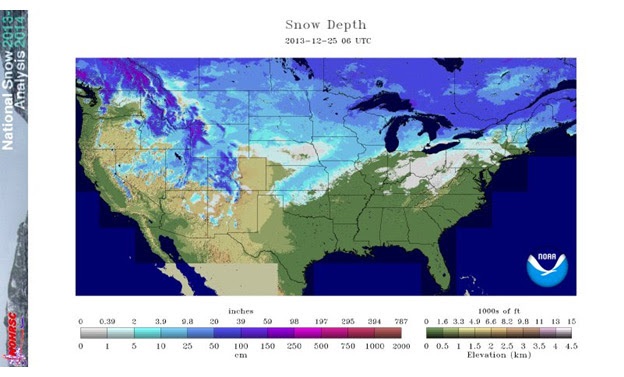 Conclusion
So far, snow sports sales for 2013/2014 are very healthy but drought conditions in the Pacific West, particularly California, are a concern this season. Beyond snow sports concerns, conditions in California could severely impact the state’s economy. Record cold temperatures in the Midwest, Northeast, Mid-Atlantic and even the in the Deep South will drive apparel accessories sales higher. Snow and cold temperatures explain about ¾ of the variance in snow sports sales season to season. The job market, gas prices and other variables do little to explain overall trends in the snow sports market. Overall, the snow sports market has more than 19 million participants in skiing, snowboarding, cross country skiing, snow shoeing, telemark and alpine touring. This season, we project that consumers will spend more than $3.5M this season on equipment, apparel and accessories in the snow sports market.

SIA releases the top line results for snow sports retail seven times each season from November to May covering results of retail sales made between August 1 and March 31 each season. Topline/category retail sales data for the snow sports market is available as a member benefit to all SIA members. In addition, you gain free access to topline data for the Running, Outdoor and Paddle Sports when you register. The topline data is accessible on a 24/7/365 basis on Leisure Trends Cross-Industry RetailTRAK™ data portal. Non-SIA members may subscribe to the topline portal for just $375 per year.