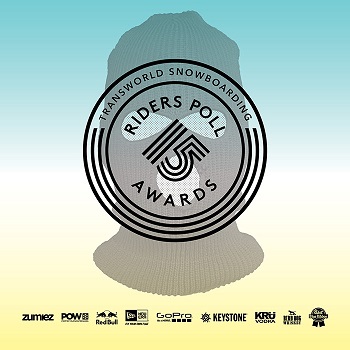 Denver, CO – It was a wild night at the Ogden Theater on Friday as the top riders in snowboarding took the stage to accept their awards. With Emcee’s Preston Strout and Jack Mitrani at the helm, riders were recognized for the best in individual progression and style, while filmmakers were awarded for excellence in their video projects. Winners of the TransWorld SNOWboarding Riders’ Poll awards are determined by polling over 100 pros and receiving one of these peer-selected awards is one of the highest accomplishments in snowboarding. If you missed the show live, catch all the action at TWSNOW.com/riderspoll or follow our Twitter and Instragram feeds @twsnow, #riderspoll15.

Here’s who won at the biggest night in snowboarding.

Video Of The Year
- Déjà Vu