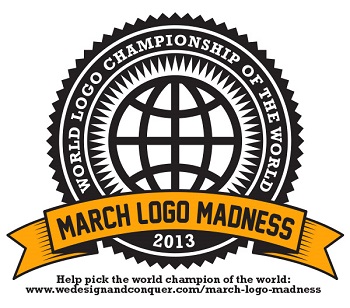 After a tremendous response last year the logo competition returns. The group from Valhalla has sorted through thousands of logos from within Action Spots & Youth Culture to put together a month long competition to see which is everyone’s favorite.

The bracket competition takes its cues from the NCAA March Madness basketball tournament but instead of a bunch of guys running around for 3hrs, logos from brands like Quiksilver, Volcom, Independent Trucks, Girl Skateboards, Burton, Nike, Adidas and Obey go head to head for a day. Whoever gets the most votes moves on to the next day to battle the next logo.

The competition is broken up into the four main categories from Action Sports, Surng, Skateboarding, Snowboarding & Lifestyle. Each week logos from within these categories battle amongst themselves to see who is the champion. The four bracket champions from the weekly tournaments will battle each other on March 31st in a winner takes all Battle Royale.

The breakdown for the months battles are:

Voting for the competition is free, doesn’t require registration and takes a minute.

To view & vote in the daily battles, visit www.wedesignandconquer.com/march-logo-madness