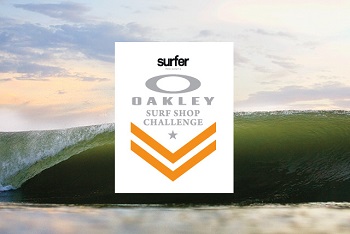 SAN CLEMENTE, Calif., March 10, 2014 —The Oakley Surf Shop Challenge is back with an all-expense-paid trip to the National Championship in Central America on the line. Kicking off on March 28th at Seaside Reef in Cardiff, Calif., the series will traverse the nation collecting regional qualifier winners from Florida, North Carolina, New Jersey, Hawaii and Orange County, Calif., before concluding on July 23rd/24th at Steamer Lane in Santa Cruz, Calif.

The unique event series pits four-man teams (two surf shop pros and two shop employees) against each other for a chance to win an all-expense-paid trip to the National Championship, an advertising spread in SURFER Magazine, and the coveted title and bragging rights of best surf shop in the country.

For the past two years, regional qualifiers earned a trip to Bali, Indonesia, where Sunrise Surf Shop bettered their runner-up finish from 2012 by earning the National Championship title in 2013. But this year marks a change in the National Championship venue and a whole new adventure awaits in Central America for the seven regional qualifying teams. 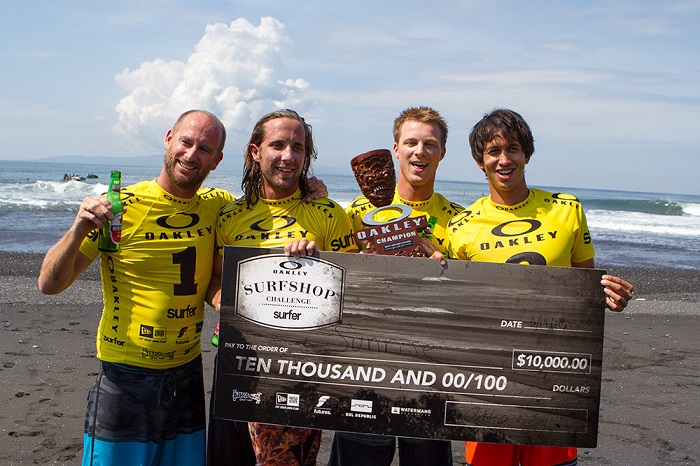 Special thanks to title sponsor Oakley, media sponsor SURFER Magazine and co-sponsors New Era, Futures Fins, Waterman's Applied Science and Banzai Bowls, without which the Surf Shop Challenge series would not be possible.

About Surf Shop Challenge
Originally conceived to provide a fun and competitive format for the hardcore surf shop riders, the SURFER Shop Team Challenge was one of the most popular and exciting Southern California contests of the early 1980s. Through the years the contest has evolved, with seven qualifying regional events around the country, culminating in a national championship in Bali, Indonesia for the first time in 2012. The underlying principles, however, have remained the same. The Oakley Surf Shop Challenge is still about giving back to the shops, the true backbone of the industry and the heart of the sport of surfing. Each year the competition level rises, the stakes become greater and the prizes become bigger. Visit surfshopchallenge.com for more info.

About SURFER
In 1960, SURFER Magazine began as the original. After a long history of delivering provocative and insightful editorial features, revealing interviews and award winning state-of-the-art photography, SURFER remains the authoritative voice of the surfing world and thus earned the moniker "the bible of the sport." The SURFER brand has also grown to include Surfermag.com, Fantasy Surfer, and the SURFER message boards. All of these assets combine to make the SURFER network the most current and reliable channel of information to the surf community. The magazine is published by Source Interlink's GrindMedia, which reaches more than 22-million active sports enthusiasts through an integrated network of magazines, online properties, events and television programming. To learn more, visit www.surfermag.com