SUPPORT: The Sheckler Foundation Announces Finalists for Ryan Sheckler's Be the Change Initiative 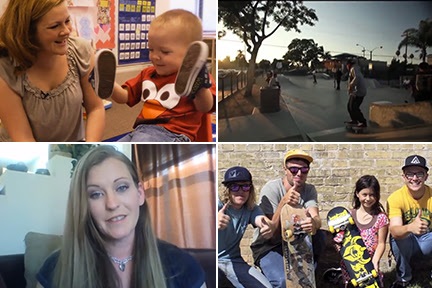 Professional Skateboarder and Sheckler Foundation Founder, Ryan Sheckler says, “We had numerous entries and it was hard to narrow down the finalists, but we believe these were the most compelling and can help change or inspire the lives of so many people. We hope you can help make an impact with these guys by voting for the cause you’d like to see ‘Be the Change’.”

Here are the top four finalists and links to watch the causes:

•To Autism with Love (TAWL) – Providing care packages for less fortunate families who have children on the autism spectrum.

•Complete the “On the Grind” Documentary – A powerful documentary in bringing light to skaters who use skateboarding to elevate themselves from poverty.

•Equipment for “Skate Club” for Kids – “Skate Club” of the Boys & Girls Club in Sheboygan, WI are working to raise funds to grant kids skateboarding gear.

Having helped numerous different causes and individuals over the years, the Sheckler Foundation is on a mission to empower people to “Be the Change.” To view the videos online, learn more about each of the finalists and for additional information, visit shecklerfoundation.org. Voting ends on Monday, March 17, 2014 and the winner will be announced on the following day, March 18, 2014.