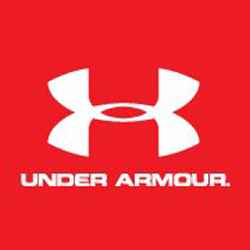 Under Armour Adds Fritz Taylor to Footwear Leadership Team as Vice President of Run
Proven industry veteran adds substantial innovation and design expertise and will play major role in continued elevation of one of the brand’s fastest-growing units.
Press Release from Under Armour

Baltimore, MD, March 24, 2014 - Under Armour (NYSE:UA), the global leader in sports performance and innovation, announced today that Fritz Taylor has joined the organization’s footwear leadership team as Vice President, Run, effective immediately. In this position, Mr. Taylor will be directly responsible for guiding the merchandising and development of all running footwear, including men’s, women’s and youth offerings.

“Fritz is one of the most respected leaders in the performance footwear space, with an impressive track record of success that spans more than 25 years,” said Kip Fulks, Under Armour COO and President of Product. “He is a pioneer in product development and his innovation expertise will be invaluable to Under Armour, as we continue to assert and expand our global leadership in footwear.”

Prior to joining Under Armour, Mr. Taylor served in multiple management roles at Mizuno as Vice President and General Manager of Running, leading all aspects of their domestic running business. He also held a similar post as Senior Vice President, Footwear at Brooks, where he oversaw the design, development, merchandising and future concepts teams. Prior to Brooks, Mr. Taylor spent 19 years at Nike in various roles, including Product Director for Footwear and Category Footwear Leader for Running.

"I have long admired Under Armour’s passion for making all athletes better and its strong foundation and commitment to footwear innovation, including the revolutionary Speedform Apollo,” said Mr. Taylor. “I am invigorated to be joining a brand that continues to strive to make groundbreaking performance footwear and embraces that challenge as a one of its core values.”

Mr. Taylor will be based out of the company’s headquarters in Baltimore, Md.

About Under Armour, Inc.
Under Armour (NYSE: UA), the originator of performance footwear, apparel and accessories, revolutionized how athletes across the world dress. Designed to make all athletes better, the brand's innovative products are sold worldwide to athletes at all levels. Under Armour's wholly owned subsidiary, MapMyFitness, powers one of the world's largest Connected Fitness communities. The Under Armour global headquarters is in Baltimore, Maryland. For further information, please visit the Company's website at http://www.uabiz.com.