SURF: The ISA Announces Afghanistan as its 82nd Member Nation 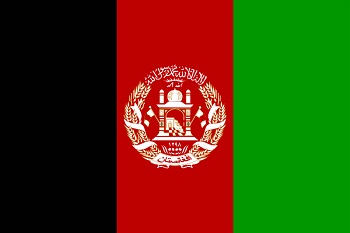 The ISA Announces Afghanistan as its 82nd Member Nation
The President of the Wave Riders Association of Afghanistan, Afridun Amu, was thrilled to hear news of Afghanistan’s acceptance as a new ISA member.
Press Release from the ISA

Officially called the Islamic Republic of Afghanistan, the landlocked country is located in South Central Asia and is part of the greater Middle East. It is bordered by Pakistan in the South and East, Iran in the West, Turkmenistan, Uzbekistan, and Tajikistan in the North, and China in the far northeast.

The country has a small population of surfers who have come together and travelled for waves.

“We are proud to welcome Afghanistan to the ISA,” said ISA President Fernando Aguerre. “Members of the Wave Riders Association of Afghanistan (WRAA) have brought together surfers from around the country to participate in a sport that brings them joy and a common bond. While still in its infant stage, there are a lot of opportunities for surfers and SUPers in Afghanistan, and we are excited to provide them with tools so they can grow their existing surfing community and allow their surfers to compete on an international level.”

The President of the Wave Riders Association of Afghanistan, Afridun Amu, was thrilled to hear news of Afghanistan’s acceptance as a new ISA member.

“Because so many of our people have been spread across the globe, we have found a place we can all come together and meet up through surfing,” said Amu. “Being a part of the ISA offers the possibility to bring surfers from Afghanistan together so that they can share their joy of this wonderful sport with each other, and with those who haven’t yet learned the sport. More importantly, for our citizens and surfers, this provides the opportunity to take part in an international network, which strengthens the tie of Afghanistan’s role in the world community. Since that is possible with soccer, basketball, cricket and chess, we think it can be the case with surfing as well.”

The Wave Riders Association of Afghanistan was founded in 2012 by a dedicated group of individuals. The WRAA plans to hold the first Afghani National Surfing Championship in June of 2014 in Hossegor, France.

ISA membership includes the surfing National Governing Bodies of 82 countries on five continents. Its headquarters are located in La Jolla, California. It is presided over by Fernando Aguerre (Argentina), first elected President in 1994 in Rio de Janeiro and re-elected seven times since. The ISA’s four Vice-Presidents are Alan Atkins (AUS), Karín Sierralta (PER), Debbie Beacham (USA) and Layne Beachley (AUS).