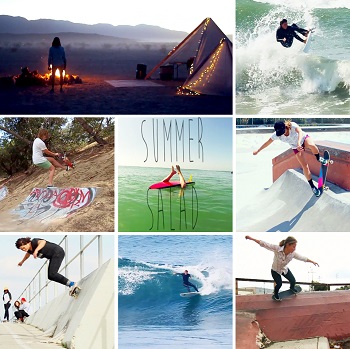 A southern California surf and turf blend, just in time for summer. This video is a scrapbook of many of my friends doing what they do best. Surfing, skating, partying.

"I'd been planning on releasing this at the end of last summer, but life being what it is we didn't get enough good surf days to flesh out the video the way I wanted. It's taken a long time, but this is what I had envisioned when I first conceived of the video. The extra time allowed me to get more people in the video, so I think it turned out for the best. Enjoy!"