SKATE: The Sheckler Foundation's Skate for a Cause Pro Lineup Stacks Up 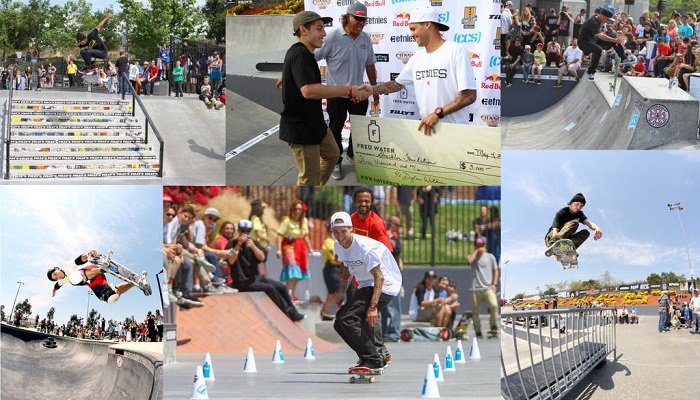 April 30, 2014 (San Clemente, CA) – Arto Saari, Julian Davidson, Christian Hosoi, Greg Lutzka, Joey Brezinski, Manny Santiago and many others have lined up to compete against one another at the 5th annual Skate for a Cause, presented by etnies.  Hosted by the Sheckler Foundation on Saturday, May 3, 2014 from 10 a.m. – 5 p.m., the event will provide plenty of contests, games and prizes.

For those that want to hang with the pros inside the skatepark and help the “Be the Change” project, VIP tickets are available for a $50 donation here: ShecklerFoundation.org.

The Sheckler Foundation will be working closely with the Family Assistance Ministry (FAM) to “Be the Change” and give back to people who have been affected by the difficult economic times within the San Clemente community. For every attendee that donates two canned food items, the Sheckler Foundation will give a free spin at the prize wheel for chances to win Nixon watches, Plan B decks, Stance socks, Diamond/Grizzly t-shirts, etnies shoes, autographed goods from Ryan and so much more!

Stay tuned for additional details on the 5th annual Skate for a Cause, and the lineup of pros and sponsors that’ll be there to support the cause here:
Website: ShecklerFoundation.org,
Facebook: facebook.com/shecklerfoundation
LinkedIn
Twitter: @SheckFoundation
Instagram: @ShecklerFoundation

The Sheckler Foundation would also like to thank the Wasserman Foundation for their ongoing support.