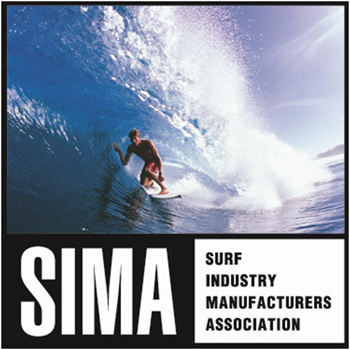 LAGUNA NIGUEL, Calif. (April 30, 2014) — The Surf Industry Manufacturers Association (SIMA) will celebrate 25 years of uniting the surf industry and protecting the environment by honoring surf legend and two-time world champion Tom Carroll as Waterman of the Year, Golden Globe Award Winner and environmental activist Ted Danson as Environmentalist of the Year, and legendary shaper Rusty Preisendorfer with the Lifetime Achievement Award. A Special Recognition Award will also be presented to the family of influential surf industry figure, Hobie Alter, in memory of SIMA’s first-ever Waterman of the Year.

Tom Carroll, two-time world champion, will be given the title of 2014 Waterman of the Year. He dominated the 1982 World Cup at 8-to-10-foot Sunset and won three consecutive events, becoming the first goofy foot to earn a professional world title. He won again in 1984 and also won the Surfer Poll that year, proving he was a surfer’s surfer and the people’s choice. During Carroll’s 14-year tenure on the world tour, he racked up 26 victories (third only to Curren and Slater), finished in the top five a record nine times and never wavered as the most powerful surfer on earth. With all of these titles he can now add 2014 Waterman of the Year.

“It’s a tremendous honor for SIMA to present Tom Carroll with the 2014 Waterman of the Year award,” said SIMA President and Vans VP/GM Americas Doug Palladini. “Selfishly, TC is one of my favorite surfers of all-time, but for the sport and culture of surfing, this is a significant opportunity to pay tribute and give thanks to a legend who brings humanity to our world as he pushes all forms of surfing to new levels.”

Well-known and accomplished television and film actor and producer Ted Danson is also an avid protector of our environment and a prime candidate for the 2014 SIMA Environmentalist of the Year title. Danson founded the American Oceans Campaign (AOC) in 1987 in order to alert Americans to the life-threatening hazards created by oil spills, off-shore development, toxic wastes, sewage pollution and other ocean abuses. In 2001, the AOC merged into a new organization called Oceana. Oceana is now the world’s largest international advocacy group exclusively focused on oceans. Danson is a board member and spokesperson for Oceana. The group has since won over a hundred important policy victories for the oceans around the world resulting in the protection of more than a million square miles of ocean and the restoration of major fisheries in Europe, South America and the United States. The group will launch campaigns this year in Brazil and the Philippines thanks to funding from Bloomberg Philanthropies. Danson continues to be heavily involved in Oceana’s campaigns and recently wrote a book entitled “Oceana: Our Endangered Oceans and What We Can Do to Save Them.”

“With the celebration of the 25th anniversary of the Waterman’s Ball, I can’t think of a better candidate to honor this year with the Environmentalist of the Year award,” said Paul Naude, SIMA Environmental Fund President. “Ted has attended many Waterman’s Ball events in order to support the SIMA Environmental Fund’s goals and ultimately the protection of our ocean environments. His work with AOC and now with Oceana speaks for itself and I couldn’t be happier to present Ted this award.”

Lifetime Achievement Award recipient, Rusty Preisendorfer, is considered a premier shortboard shaper and a fundamental part of shaping history. As a shaper, Preisendorfer deserves credit for perfecting the modern thruster as we know it. His shaping career began with his fascination in merely building things, fixing dinged up boards that he found at garage sales at a young age. He quickly turned a love for creation into an unrivaled name in shaping and transmitted that into one of the largest apparel lines in the industry. Preisendorfer is recognized all over the world by a single letter – “R” – and by the time he started Rusty Surfboards in 1985, more than half the world’s Top 16 surfers had ridden his boards. He was the most in-demand shaper anywhere and in 1988 he launched a full clothing line, which grew into one of the largest-grossing businesses in surfing. For 25 years, he worked on creating fuller size master molds, crafting boards for larger surfers and was also one of the first big labels to sign a deal with SurfTech to make molded versions of his designs. Rusty’s impact on the surf world is extensive, and SIMA is proud to honor him with the SIMA Lifetime Achievement Award.

“Rusty has without a doubt made a significant and lasting contribution to the industry, impacting surfing worldwide,” said Naude. “The Lifetime Achievement Award criteria calls for someone who has impacted the sport, industry and/or culture of surfing – and Rusty has done all of the above. He helped take boards to a new level, founded one of the most successful businesses in surf and more than deserves to be the recipient of this award.”

Hobie Alter, widely remembered as the man behind the development of the foam-and-fiberglass surfboard, will be the 2014 Special Recognition Award recipient. The award will be presented to his family as Alter passed away March of this year. Hobie started shaping balsa boards in the early ‘50s and in 1954 opened the Hobie Surfboards shop in Dana Point, Calif. He was arguably one of the most successful entrepreneurs in surfing history and also saw success with his popular sailboat and radio-controlled glider designs. In 1993, SIMA honored Alter with the organization’s first Waterman of the Year award and SIMA can’t think of a better way to honor his memory than by bringing his legacy full circle to receive the Special Recognition Award.

“What Hobie Alter brought to the surf industry was nothing less than foundational in allowing us to be where we are today,” said Palladini. “More than foam or fiberglass alone, Hobie was one of beach culture’s top-echelon entrepreneurs and it’s just a small token of our appreciation that we honor his legacy with a Special Recognition Award."

The two-day fundraising event benefits the SIMA Environmental Fund, a 501(c)(3) charitable foundation that awards grants to various environmental groups based on their dedication to preserving and protecting the world’s oceans, beaches and waves. This year marks the 25th Anniversary of the Waterman’s Ball and SIMA’s efforts to raise funds for these dedicated organizations. Last year’s events attracted more than 600 people and raised more than $400,000 for 20 ocean conservation groups. The 2014 Waterman’s Weekend environmental beneficiaries and this year’s fundraising goal will be announced in the coming weeks.

About SIMA
The Surf Industry Manufacturers Association (SIMA) is the official working trade association of more than 300 surf industry suppliers. Founded in 1989, SIMA is a non-profit organization that serves to promote awareness of the surf industry and participation in the sport of surfing through public relations efforts and a variety of services, educational programs and research. In addition, SIMA actively supports oceanic environmental efforts through its 501(c)(3) charitable environmental foundation, the SIMA Environmental Fund. In the past 24 years, SIMA's Environmental Fund has raised more than $6.5 million for environmental groups seeking to protect the world's oceans, beaches and waves. The SIMA Humanitarian Fund, also a 501(c)(3) charitable foundation, was established to award grants to various surf or boardsport related social and humanitarian non-profit organizations whose efforts are focused on improving the quality of life, health and/or welfare of people. Since 2004 the SIMA Humanitarian Fund has raised and donated more than $1.6 million to surf-related non-profit humanitarian organizations. For more information regarding SIMA, please visit www.sima.com.