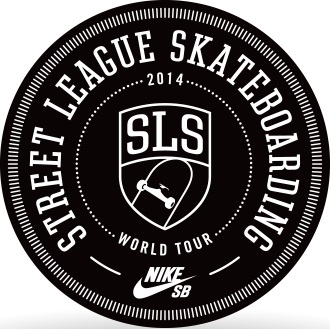 Entirely new for 2014 is the SLS Monster Energy Pro Open, which kicks off the season on the weekend of May 17-18 as a privately held event at the Nike SB’s state-of-the-art Sixth and Mill Skatepark in Downtown Los Angeles, the contest airs as the SLS Kick-Off Special on FOX Sports 1 Thursday, May 29 (8:00 PM ET). In the past, SLS events were exclusive to the top 20 SLS pros and select wildcards.  The Pro Open offers an additional 20 elite skateboarders the chance to earn their way onto the SLS Nike SB World Tour—and take home more than $75,000 in prize money along the way.  Day one will whittle the field to eight skateboarders; on day two, those eight will challenge the world’s best competitive street skaters: the SLS pros. SLS vets and new faces alike will be putting it all on the line, and not just for the $75,000 in prize money: the winner of the Pro Open will earn a coveted “golden ticket” to compete for the $200,000 first place check at the Super Crown World Championship.

This year the SLS Nike SB World Tour adds two new arena stops. On Sunday, June 29, the tour heads to the UIC Pavilion in Chicago, bringing the show to the most-requested city in online fan voting. The addition of Chicago to SLS this season brings the premier skateboarding contest series to the heartland and bridges the East and West Coast skate scenes. The finals air on FOX Sports 1 live at 7:00 PM ET.

The SLS Nike SB World Tour next heads to the skate mecca of Los Angeles on Sunday, July 27, where the 25 pros compete at the Galen Center for the first time. FOX Sports 1 telecasts the finals live at 8:00 PM ET.

After completion of the first two stops, the field narrows to the top eight finalists for the season finale: the Super Crown World Championship, which returns to the Prudential Center in Newark, New Jersey on Sunday, August 24 live on FOX Sports 1 (9:00 PM ET).

Fans across the country can catch the SLS Nike SB World Tour on FOX Sports 1 and FOX Sports GO, as well as the official Street League webcast on StreetLeague.com.

About Nike SB
Nike SB is dedicated to serving skateboarders, delivering product innovation and creating new consumer experiences. Since 2001, Nike SB has supported a diverse team of inspirational pros and upcoming amateurs who continue to meet the demands of a constantly evolving sport. With influence in all corners of the world, Nike SB is uniquely suited to bring skateboarding to new audiences and grow the sport globally. Based at Nike headquarters in Beaverton, Oregon, Nike SB is obsessed with finding new ways to support the skateboarder by championing innovation and individuality.