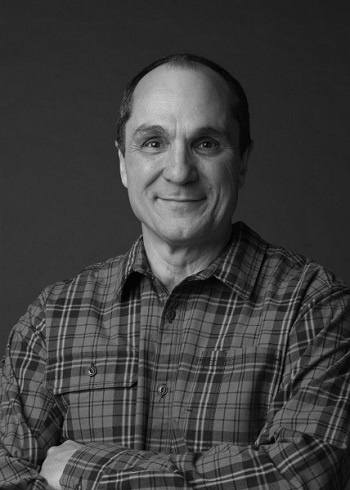 BURLINGTON, VT (May 14, 2014) Burton Snowboards is excited to announce that after five years in progressive leadership roles within Burton, most recently as COO, Mike Rees will officially step up to the role of CEO. With Mike now running day-to-day operations, Jake Burton will once again become the company’s Chairman, focusing on evolving the brand’s world-class product lines.

“Four years ago when I got my old job back as Burton’s CEO, my goal was to get the company headed in the right direction, build up our leadership team and establish a clear plan for the long-term future of the brand,” said Jake. “Looking back, we’ve accomplished these goals and have a solid foundation in place. Now it’s time to turn over the day-to-day tasks of running Burton to a new CEO. Our entire Board of Directors, our Executive Team, Donna and myself trust that Mike is the right person for the job. He has the experience, skills and leadership qualities to take our vision and run with it. And I’ll still be around, giving product feedback, testing new gear, working with the creative crew and advising Mike.”

Since Mike joined Burton in 2009, he has been instrumental at mapping out strategic, long-term plans for the company. Over the last five years, Mike has proven his leadership skills time and again, ensuring that Burton delivered consistent results and built a solid foundation for future growth. Now as CEO, Mike will head up product, marketing and sales, as well as operations and finance. With Jake as Founder and Chairman and Mike as CEO, Donna Carpenter will continue in her role as Burton’s President, running point on Human Resources, Sustainability, Legal and Women’s Business Initiatives.

“Burton is an amazing brand with an incredible group of people behind it, and I’m excited about the opportunity to take on a new role within the company,” said Mike Rees, CEO of Burton. “Jake’s passion for product and for the sport extends throughout the entire organization, and growing the snowboarding lifestyle has been at the heart of Burton’s success from the beginning. I look forward to working closely with Jake to carry out his vision for growing Burton both on and off the mountain.”

In closing, Jake adds, “I have always claimed I have the best job in the world. Now it’s even better with more time to ride and focus on the areas where I have the most impact.”

About Burton
In 1977, Jake Burton Carpenter founded Burton Snowboards out of his Vermont barn and has dedicated his life to snowboarding ever since. Burton has played a pivotal role in growing snowboarding from a backyard hobby to a world-class sport by creating ground-breaking products, supporting a team of top snowboarders and pushing resorts to allow snowboarding. Today, Burton designs and manufactures industry-leading products for snowboarding and the snowboard lifestyle, including snowboards, boots, bindings, outerwear and layering as well as year-round apparel, packs/bags and accessories. Privately held and owned by Jake and his wife, Burton President Donna Carpenter, Burton’s headquarters are in Burlington, Vermont with offices in Austria, Japan, Australia, California, Canada and China. For more information on Burton, head to www.burton.com and follow our line at facebook.com/burtonsnowboards, twitter.com/burtonsnowboard and @burtonsnowboard on Instagram.