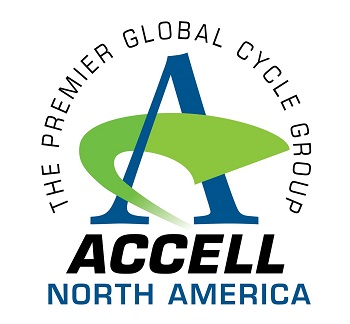 Chris Speyer, currently serving as COO of ANA, has been officially promoted to CEO, effective immediately.
Accell North America (ANA), a group of leading, independent cycling brands united to catalyze the growth of specialty bicycle retail in the United States and Canada, is officially under new leadership.
Press Release from Verde Communications

Kent, Wash. (May 20, 2014) – Accell North America (ANA), a group of leading, independent cycling brands united to catalyze the growth of specialty bicycle retail in the United States and Canada, is officially under new leadership.

Chris Speyer, currently serving as COO of ANA, has been officially promoted to CEO, effective immediately.

Speyer’s leadership within ANA has comprised multiple roles ranging from Director of Product Development, to Executive Vice President focused on brand development, product and marketing for the U.S. and Canada. Speyer began his career in 2006 with Raleigh America and played an active role in the May, 2012 sale of Raleigh America to Accell Group, a Dutch holding company and the largest bicycle company in Europe.

Steve Meineke, who has been leading the organization for 10 years, will be leaving ANA to pursue an opportunity that’s become available to him outside of the bicycle industry.

“Accell Group thanks Steve Meineke for leading the formation of the ANA team and for driving dedication, commitment and results to grow our presence and marketshare in the North American market,” said Jeroen Snijders Blok, COO of Accell Group. “The appointment of Chris Speyer to the role of CEO is a natural progression. We have every confidence in Chris’ ability to lead and grow the ANA business and further our reputation for launching leading-edge innovations and for being the most friendly and flexible partner to the bicycle market.”

Speyer is a proven leader within ANA and a figurehead in the bicycle industry, including seven years on the BPSA board of directors, and a two-year term as president of the association.  He’s been instrumental in the formation of ANA’s vision and is ready to further it in his CEO role.

“I want to thank Steve for his leadership and friendship; he has built a great foundation for the future.  I look forward to engaging with our customers and my co-workers on taking Accell North America forward – we have amazing possibilities here.  I appreciate this endorsement from Accell very much, this is a great industry to be a part of,” Speyer said.

Meineke agreed that Speyer is ready to take the helm of ANA.

“Over my time leading ANA one of the most fulfilling aspects has been building the team to drive a new strategy incorporating an array of incredible brands,” Meineke said. “I feel the utmost confidence in the proven leadership of Chris Speyer to lead ANA to the next era of growth and success."

Since Accell Group purchased Raleigh America, Meineke, Speyer and Sharon Robinson, CFO, have led the formation of ANA, including reorganization and the investment and implementation of large-scale infrastructure additions. Each step of the ANA build-out has been focused on creating a powerhouse of independent brands working together to bring ease, flexibility and profitability to the North America specialty bicycle dealer network.

In July, ANA will be kicking off its U.S. 2015 product launch tour, starting at the company’s Kent, Wash., headquarters. The dealer launch tour is comprised of the roll out of new model year collections by Raleigh and Lapierre bicycles, along with new eBikes and an enhanced range of parts and accessories (P&A). Diamondback will host dealers for 2015 introductions in June at the Kent, Wash., headquarters.