The Marketplace Events Motorcycle Group, producers of the American International Motorcycle Expo (AIMExpo), today announced that Bob Kay has joined their team as V-Twin Director. Bob’s role will be to work closely with the V-Twin industry to develop AIMExpo’s offering for this important market segment beginning with their 2015 event. 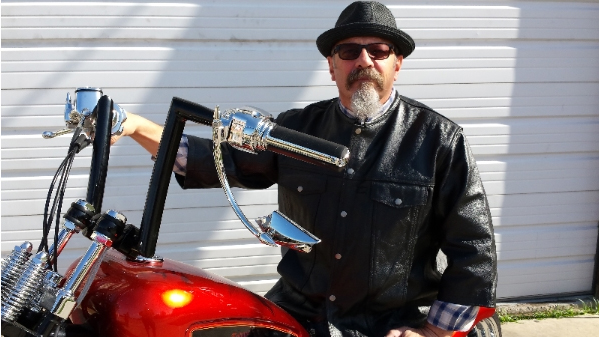 Bob is a well-known and highly respected member of the V-Twin community. Following formative time spent working in motorcycle dealerships he went on to play key roles in notable companies in the V-Twin segment including NEMPCO, Tucker-Rocky/Biker’s Choice, and American Iron Horse. In 2005 he launched Biker Pros to provide specialized business services to the V-Twin market. As an integral member of the Motorcycle Group team he will focus his efforts on researching and developing meaningful components for the AIMExpo platform that will create value for this key segment of the powersports marketplace.

"Those I've worked with over the years have heard me emphasize the importance of our industry working in unison for the benefit of motorcycling at all levels,” commented Bob on the new opportunity. “As I became more aware of the vision for AIMExpo, I realized we shared a common direction for the prosperous future of our industry – one that brought everyone together. While the American V-Twin community stands out as a strong segment on its own, joining together as a unified force with AIMExpo’s forward-thinking platform will lead to positive gains for all. I am very excited to join the responsive leadership on the Motorcycle Group team and take the point on their efforts to create a genuine and viable offering for the V-Twin market, and leveraging the strengths of AIMExpo to help grow the V-Twin industry."

“The stated vision of AIMExpo from the beginning was to be an all-inclusive, market-wide platform for the motorcycle and greater powersports industry,” remarked Larry Little, Vice President and General Manager, Marketplace Events Motorcycle Group. “That said, we knew our core team’s strengths did not include the depth required to develop a meaningful V-Twin offering that would complement the growing AIMExpo platform. Bob’s extensive background, his standing as a pillar of the community, and more importantly his vision for showcasing the V-Twin market at AIMExpo made him the clear and obvious choice to join our team.”

AIMExpo is now the largest show of its type in North America with exhibit space growth of nearly 50 percent, and the number of exhibitors quickly approaching 500. Pre-registration of dealer/trade attendees is triple last year, and advance ticket sales to consumers are more than double 2013. The 2014 show opens its doors to Trade and Media visitors on October 16-17, followed by consumer days on October 18-19.

Go to AIMExpoUSA.com for complete event information, and watch for late breaking news posted on AIMExpo’s social media pages. “Like” the American International Motorcycle Expo on Facebook by visiting the AIMExpo page, and “Follow” on Twitter: @AIMExpo. To receive monthly updates from AIMExpo about new features, free giveaways, interactive opportunities and new product developments, click here to subscribe to our monthly newsletter.