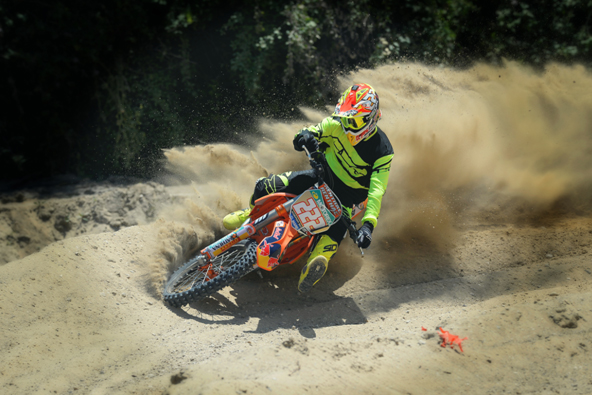 AXO and Team De Carli’s cooperation is more than successful. Together they have won four World Titles, in four consecutive years, clearly showing how professional the squad is and how much talent Antonio Cairoli has. The motocross superstar has taken AXO to the first step of the podium throughout most of his career!

Next season you will see AXO support all of the three riders of the Team: Tony Cairoli, the reconfirmed Belgian giant Ken De Dycker and the newly signed Tommy Searle (three time runner up in MX2 World Championship) will chase the title of the major class aboard the super powerful KTM 350 and 450 SX-F bikes. The Red Bull KTM Factory squad will take AXO jerseys, pants, gloves and protectors up to the podium and into the spotlight again over the next two seasons!

With an eye to the future as usual, AXO will be the technical supplier of the newborn De Carli Racing Junior Team, too. Under the wing of the Italian Federation, young guns Joakin Furbetta and Gianluca Facchetti will be introduced to the European Championships with the experience of Team Manager Claudio De Carli and with the professional technical staff of a multiple time World Champion Team!

A new, amazing adventure is soon to begin…